The Anne Frank Center for Mutual Respect wants the actor Tim Allen to apologize for comparing life as a conservative American to living in Germany in the 1930s.

Speaking about attending President Donald Trump’s inauguration on Jimmy Kimmel Live!, Allen said “I’m not kidding, you gotta be real careful around here, you get beat up if you don’t believe, it’s like ’30s Germany.”

The Anne Frank Center called on calling on Allen to apologize for making “a deeply offensive characterization that trivializes the horrors imposed on Jews in Nazi Germany” during the Second World War.

“Tim, have you lost your mind?” said Steven Goldstein, the center’s executive director, in a statement. “No one in Hollywood today is subjecting you or anyone else to what the Nazis imposed on Jews in the 1930s — the world’s most evil program of dehumanization, imprisonment and mass brutality, implemented by an entire national government, as the prelude for the genocide of nearly an entire people.”

Goldstein added: “Sorry, Tim, that’s just not the same as getting turned down for a movie role. It’s time for you to leave your bubble to apologize to the Jewish people and, to be sure, the other peoples also targeted by the Nazis.”

Last month, Goldstein slammed President Trump for his delay in speaking out against anti-Semitism following the recurring incidents of vandalism and threats targeting Jewish centers across the country, describing his words as “too little” and “too late.”

The director accused Trump of only making the comments amid mounting pressure to address anti-Semitism. “The President’s sudden acknowledgement is a Band-Aid on the cancer of anti-Semitism that has infected his own Administration,” he said. “Make no mistake: The anti-Semitism coming out of this Administration is the worst we have ever seen from any Administration.” 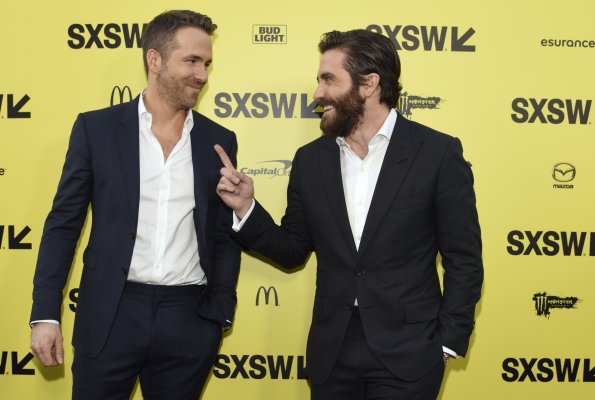 Watch Jake Gyllenhaal and Ryan Reynolds Hilariously Goof Off
Next Up: Editor's Pick