White House press secretary Sean Spicer got into the spirit of St. Patrick’s Day early by sporting a kelly green tie during his daily press briefing on Thursday.

While this festive attire ensured that Spicer wouldn’t get pinched, it also afforded the Internet some lighthearted fun at his sartorial expense.

Twitter user Jesse McLaren saw untapped potential in the green tie and used it as a green screen for other video footage, resulting in a hilarious video that has now gone viral, clocking in at nearly 40,000 retweets and close to 70,000 favorites. 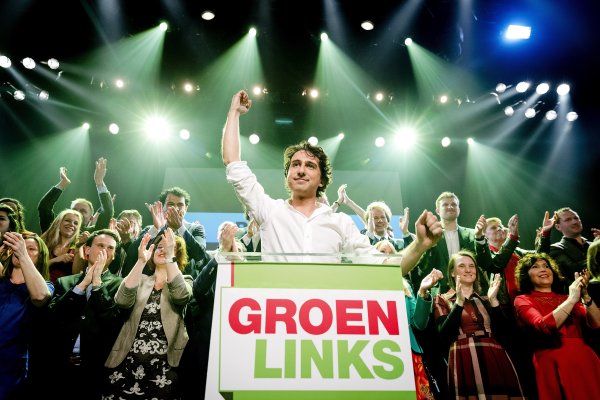 The Internet Is Declaring This Politician the Justin Trudeau Lookalike of the Netherlands
Next Up: Editor's Pick