Barack Obama may not be president anymore, but that’s not stopping him from continuing one of his presidential traditions.

The former commander-in-chief publicly revealed his NCAA tournament brackets for the ninth straight year via the Obama Foundation, selecting the University of North Carolina to win it all on the men’s side, and the University of Connecticut to take home the trophy on the women’s.

Notre Dame, South Carolina and Washington are also predicted to reach the women’s Final Four along with Connecticut. Obama has Notre Dame defeating South Carolina before losing to UConn in the title game.

During his presidency, Obama released a March Madness bracket each year he was in office. He didn’t have much luck, however: Obama never predicted the eventual national champion during his eight-year tenure.

In February, President Donald Trump “respectfully declined” an invitation to fill out a bracket on ESPN. 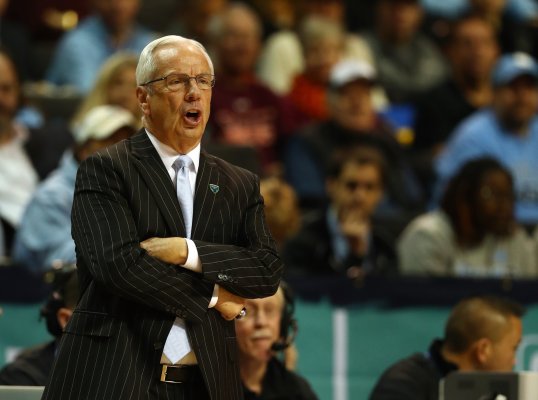