Leonardo da Vinci’s “Mona Lisa” is world-renowned for her so-called “mysterious” smile. Her inscrutable gaze follows you throughout the room she’s housed in, at Paris’s Louvre Museum, encased behind a protective glass barrier as hordes of tourists each day crowd close to her 16th century oil-painted visage.

For decades, popular culture and art historians have debated the curiously ambiguous facial expression that da Vinci masterfully captured. What depths was she hiding? Well, a new survey is now here to tell us that the lady might not be as mysterious as we’ve thought. People perceive her look as a smile, according to the survey conducted at University of Freiburg.

According to the study, published recently in the journal Scientific Reports, test subjects shown images of the portrait “always perceived” her as “happy.” (It’s worth noting that the sample size of participants was just a dozen.)

“That calls the common opinion among art historians into question,” Dr. Jürgen Kornmeier, a scientist associated with the study wrote in Science Daily. In one part of the experiment, her image was manipulated to display various degrees of happiness and sadness based on the curvature of her smile. Subjects were able to correctly identify the happier emotion much more rapidly and with greater confidence than the sadder versions.

“It appears as if our brain is biased to positive facial expressions,” the study’s primary author explained of this finding.

Just like beauty, emotion is often dependent on the eye of the beholder. Of course, the question remains: is majority opinion equal to objective truth? For the “Mona Lisa,” at least, some mystery lives on. 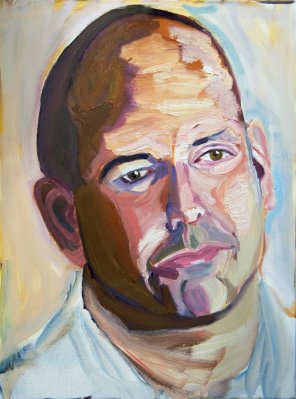