The Congressional Budget Office estimates that thousands of women on Medicaid would end up having children they would not otherwise have had if Planned Parenthood funding is cut.

In a long-awaited analysis of the Republican health care bill, the CBO found that low-income Americans living in areas with no access to other clinics would lose access to “services that help women avert pregnancies” if federal funding for Planned Parenthood were cut.

The CBO estimates that about 15 percent of people in that situation would lose access—to both birth control and abortion services provided by Planned Parenthood, although the report does not spell that out—leading to “several thousand” more unplanned births to women who are on Medicaid.

“To the extent that there would be reductions in access to care under the legislation, they would affect services that help women avert pregnancies,” the CBO report notes. “The people most likely to experience reduced access to care would probably reside in areas without other health care clinics or medical practitioners who serve low-income populations.”

That would lead to a projected $21 million more direct spending on Medicaid for pregnancies and births in 2017, offsetting the $178 million savings from not funding Planned Parenthood that year, the CBO found. Over the 10-year budget window, that would add up to $77 million more in Medicaid spending on pregnancies, offsetting $234 million in money not spent on Planned Parenthood.

Conservatives have called for the health care bill to cut funding to Planned Parenthood, but moderate Republican Sens. Susan Collins of Maine and Lisa Murkowsi of Alaska say that they do not want to see the program cut as part of the bill. 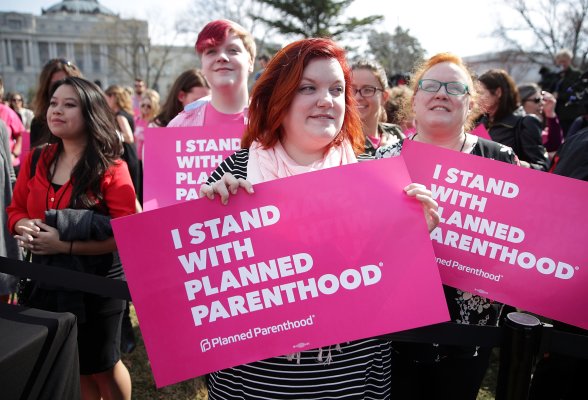