Firebrand anti-Islam lawmaker Geert Wilders, poses for a selfie with supporters during a campaign stop in Heerlen, Netherlands, on March 11, 2017.
Muhammed Muheisen—AP
By Charlotte McDonald-Gibson / Kerkrade, The Netherlands

They were hardly the headlines the Dutch ruling party would have wanted days before they contest general elections. First, crowds of protesters were water-cannoned in the streets of Rotterdam as a diplomatic confrontation with Turkey spilled onto the streets. Then, a prominent Republican official in the U.S. openly backed the ruling party’s main rival, nationalist firebrand Geert Wilders.

But even before the weekend’s turmoil, there was a general sense of incredulity at the international spotlight falling on this small European nation ahead of Wednesday’s vote.

“You really came all the way here?” Danny Kuijpers, an ornamental fish importer, asks this reporter in Kerkrade, a former mining town tucked away in the south. The NRC Handelsblad newspaper ran a story headlined: “Netherlands Is Very Interesting to Foreign Media.”

There are compelling reasons why the world’s attention is focused here. The first is Wilders, the longtime front-runner in the polls who is now neck and neck with the incumbent Dutch Prime Minister Mark Rutte. Of all the populists making waves across Europe, Wilders bears the most similarities to President Donald Trump, down to the bouffant of platinum blond hair and the rhetoric about the threat of uncontrolled migration.

Wilders, who leads the Freedom Party (PVV), has gone even further than Trump with his sweeping denouncements of Islam. His policy platform includes closing mosques, banning the Quran, and the “de-Islamification” of the Netherlands. At his first rally, he called some Moroccans “scum.” While these views are abhorrent to many, he has become a favorite in some American conservative circles, and on Sunday, Iowa Republican Representative Steve King praised his migration stance, saying that “we can’t restore our civilization with somebody else’s babies.”

And behind the firebrand facade, Wilders has tapped a lot of existential fears the Dutch have about security, a way of life under threat, and a growing suspicion of the traditional parties.

“[I will vote] PVV not because I like Geert that much, but I don’t trust the other ones,” says Joseph Gaertner, 56, a former truck driver at the Kerkrade market. His view was echoed by many PVV voters, who are “afraid that there is a loss of identity, a loss of being Dutch,” says Joost Niemoller, a Dutch journalist sympathetic to Wilders who has written a book profiling PVV supporters. “They see their whole environment changing.”

While health care, pensions and provisions for the elderly have all made it into policy documents, Wilders has pushed the issue of migration and integration to the top of the agenda. But it’s not just about the xenophobic antics of one man; it is also what he represents, and the time in which he is thriving.

The European Union — of which the Netherlands is a founding member — is struggling to regain public trust after the euro-zone crisis, the refugee crisis and Britain’s vote to leave the bloc. The Dutch elections are the first major parliamentary vote in the E.U. since Brexit and Trump’s victory, and are seen as a bellwether for antiestablishment sentiment.

Wilders has called for a referendum on E.U. membership. Later in the spring, the French will vote in presidential elections in which the Euroskeptic Marine Le Pen is expected to make it through to the second round. A far-right party is predicted to increase its support in Germany in the fall. The question is: Have Brexit and Trump’s election invigorated nationalist sentiment, or scared people off from casting what they once might have intended as a protest vote?

“What Wilders and Le Pen do is focus on the forgotten ones,” said Marc Oosterhout, a Dutch advertising professional who published a book looking at the branding strategies of Dutch political parties called The Art of Choosing. “Trump is using that emotion, and Wilders and Marine Le Pen are more self-assured by the fact that Trump is in the White House.”

There are many quirks of the Dutch election system, where proportional representation in a nation of 17 million people means that a party needs less than 1% of the vote to enter the Lower House. Currently, 11 parties have representatives in the 150-seat parliament, and this year there are a record 28 political parties vying for office. These include the Party for Animals and the Niet Stemmers (No Voters), a party representing the apathetic. Its MPs, they promise, will never vote in parliament. Also grabbing headlines is Jesse Klaver, leader of the Dutch green party, who bears a striking physical resemblance to the Canadian Prime Minister, Justin Trudeau, and inspires similar ardor among an increasing number of supporters.

So what are the polls predicting? In the months running up to the election, Wilders has consistently been favored to win the greatest share of the vote. Given the number of parties running, however, that translates to less than 20%. As election day nears, Rutte and his conservative party, the VVD, have been catching up, with the latest polling suggesting 25 seats for Wilders’ PVV, and 24 for Rutte’s VVD.

While Wilders has in the past failed to perform as well as polls predict, the confrontation with Turkey could play in his favor. The standoff began when the government refused to allow a Turkish minister to visit the Netherlands to campaign on behalf of President Recep Tayyip Erdogan, prompting Erdogan to call the Dutch authorities “Nazi remnants” — neatly playing into Wilders’ antiforeigner bluster.

But even if Wilders does sneak past Rutte, he will struggle to form a government. Given the number of parties in parliament, each government is a complicated coalition, and all the major parties have ruled out forming an alliance with him.

What follows Wednesday’s vote will more likely be weeks of tedious coalition building, rather than a political earthquake. The E.U.’s leaders will be able to breathe easy again — at least until the next election in a tumultuous year for the bloc. 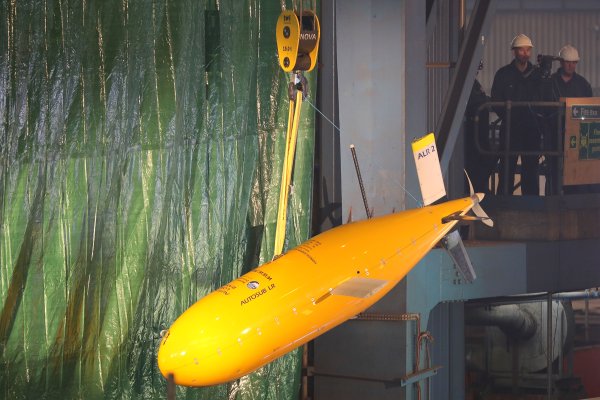 Boaty McBoatface Embarks on Its Maiden Voyage This Week
Next Up: Editor's Pick