Nigel Farage: President Trump and I Are 'Probably the Two Most Vilified People in the West'

Britain’s Nigel Farage, the right-wing former leader of the U.K. Independence Party (UKIP) who led the campaign for Brexit, has said that he and President Donald Trump have one thing in common: that they’re “probably the two most vilified people in the west.”

Speaking to the BBC, Farage, who was one of the first foreign politicians to meet with Trump after he was elected president, said that the pair have had “shedloads of abuse” thrown at them. “We’ve sort of been through the same baptises of a fire as it were with the media and with other political commentators,” he added.

Farage, described by the BBC as “Britain’s man in Trumpland,” said that his battle for Brexit inspired the president’s team and led to Trump’s victory. “I think team Trump believe that they would not have won had it not been for the dynamism and optimist that Brexit gave people who don’t normally bother to vote,” he said.

The controversial politician, who is a Fox News contributor, said the U.S. president has “very strong moral courage.” He added: “This guy believes he has a contact with the American people – he was elected on a ticket, on a manifesto, and come hell or high water he is going to deliver that manifesto and I think in democratic terms that’s refreshing.” 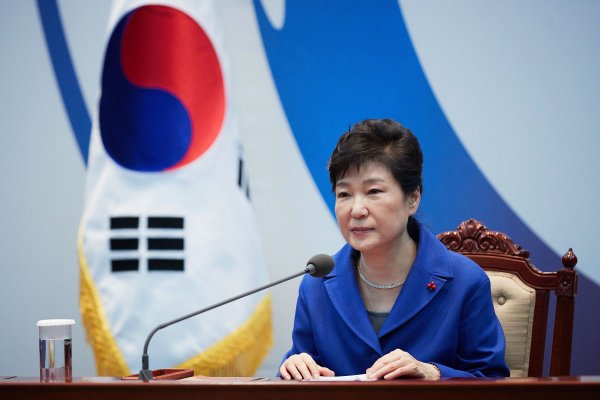 5 Global Scandals That Have Nothing to Do with Donald Trump
Next Up: Editor's Pick