Brie Larson addressed her decision not to clap for Manchester By the Sea actor Casey Affleck after presenting him with the award for Best Actor at the 2017 Oscars.

At the Hollywood premiere of Kong: Skull Island Wednesday, Larson made it clear that her reaction to Affleck’s win, which some viewers recognized as a sign of disapproval, should serve as her statement on the matter. “I think that whatever it was that I did onstage kind of spoke for itself,” she told Vanity Fair. “I’ve said all that I need to say about that topic.”

Affleck’s nomination and subsequent win were controversial because of two sexual harassment claims made against him in 2010. He denied them, and later settled those lawsuits. Some argued that his victory condoned his alleged behavior and perpetuated sexism in Hollywood. The 41-year-old actor commented on the allegations during the awards season, including after the Oscars. In an interview with The Boston Globe, he said: “There’s really nothing I can do about it, other than live my life the way I know I live it and to speak to what my own values are and how I try to live by them all the time.”

Larson—who won an Oscar in 2016 for her portrayal of a rape survivor in Room—has been a longtime advocate for victims of sexual abuse. 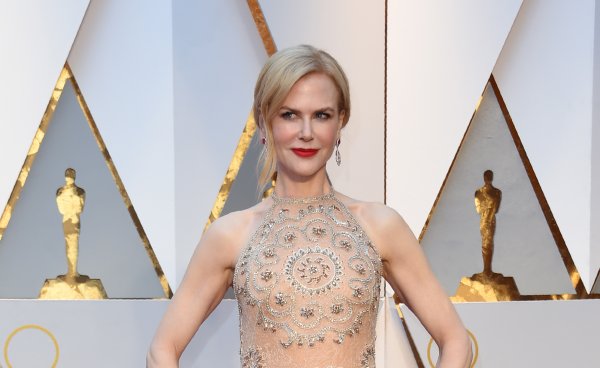 Nicole Kidman Explains Her Weird Clapping at the Oscars
Next Up: Editor's Pick