Why So Many People Hate Scented Products

You may not love the scent of your coworker’s hand cream, or the perfume wafting across the aisle on the train. But for some people, fragrances like those can trigger a range of very real symptoms, according to a new Australian study, from migraines to difficulties with breathing.

For her research, Anne Steinemann, PhD, a professor of civil engineering at the University of Melbourne School of Engineering, asked nearly 1,100 people to complete questionnaires about their exposure to fragranced products—such as personal care products, air fresheners, cleaning solutions, and laundry supplies—and any reactions those products may have triggered.

The findings, published in the journal Preventive Medicine Reports, suggest that fragrance sensitivity is not only a common issue, but can be quite severe. One-third of the study participants reported experiencing one or more health issues from scented products (whether they used the items themselves, or were exposed to them in public places).

The most common reaction was respiratory difficulties, including coughing and shortness of breath. Almost 17% of participants reported this effect.

Other reactions reported included asthma attacks (7.6%) and gastrointestinal problems (3.3%). Almost 5% of people said they suffered neurological symptoms (dizziness or fainting, for example); and 4.1% reported cognitive problems, such as trouble with their memory and difficulty concentrating.

What’s more, nearly 8% of the respondents said they had missed work or lost a job in the past year as a result of feeling ill from exposure to fragrances in the workplace.

“Based on my findings, it’s clear that the health effects of fragrance sensitivities can be immediate, severe, and potentially disabling,” says Steinemann. Her previous research in the United States found that 19% of Americans experience adverse reactions to air fresheners.

“Some people feel like they can’t enter public restrooms or walk inside shops because they don’t want to risk an asthma attack,” says Steinemann. “This loss of functionality makes a fragrance sensitivity not just a health issue, but a societal and economic one too.”

For anyone who reacts to fragrances, there are a few simple things you can do to protect yourself, she says. First, get rid of air fresheners, which don’t actually improve air quality; and open windows for ventilation instead. You can also try to go old school with your cleaning supplies, she suggests, using products like vinegar or baking soda to wipe down your kitchen and bathroom.

Finally, don’t be afraid to let colleagues know a second-hand scent (from a candle, for example, or an odor-eliminating spray) is making you sick. “Speak up!” urges Steinemann. “It’s a health hazard and workplace liability that doesn’t help productivity.” 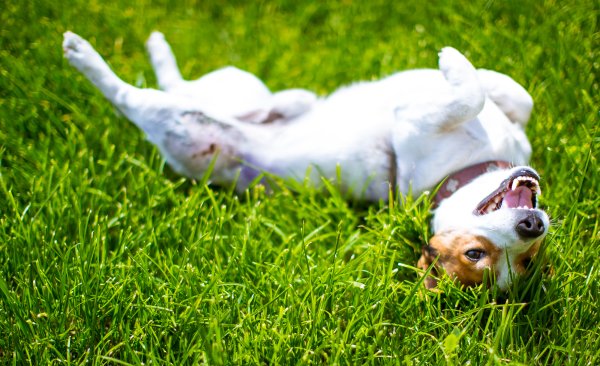 How to Tell if Your Pet Has Allergies
Next Up: Editor's Pick