Keri Russell as Elizabeth Jennings in Season 5 of The Americans.
Patrick Harbron—FX
By Daniel D'Addario

The Americans, like its characters, is beholden to the times in which it lives. Overshadowed in its early seasons by the glut of other prestige-cable shows, its greatest prominence came during its most recent hiatus, when the show’s long-delayed Best Drama Emmy nomination was perhaps the least exciting part of its story. A show depicting attempts by Russian nationals to interfere with the functioning of the U.S. government felt, in the aftermath of the election of Donald Trump and the associated scandals, like the most urgently required viewing on TV. Or, maybe, real life had just become viral marketing for FX.

Extrapolation only goes so far, as the show, whose fifth season debuts Tuesday night, is set in a past more innocent than our present. Philip and Elizabeth Jennings, raised from childhood to serve as spies in the nation they deplore, go on baroque expeditions whose (sometimes overly elaborate) Rube Goldberg nature is part of the point, all to achieve some goal far smaller-bore than disrupting a presidential election, as some believe Putin’s Russia did in 2016. In the early episodes of season 5, the pair use a new alibi — complete with a fake adopted son, a Vietnamese refugee who’s a gifted spy — in order to infiltrate the family of a Soviet exile working on a strange agricultural project that threatens the crops of mother Russia. It’s satisfyingly direct, as a plot (the prolonged mission in season 4, involving Elizabeth’s long-con friendship with a lonely woman, was a weaker element of the season), and speaks directly to the ways the ground has shifted.

The Jenningses, in short, have gone from playing offense to playing defense, fitting the general arc of the Cold War. We’re now in 1984, as signaled by our heroes offering to watch the L.A. Olympics with their daughter — a magnanimous gesture, since their home team is boycotting. Philip (Matthew Rhys), who tends toward the melancholy, is befuddled that the Soviet crop supply could be so vulnerable. (Scenes set back home in the USSR are worse, even, than he knows.) Elizabeth (Keri Russell), less in touch with her feelings, takes out her disdain for the anti-Soviet rhetoric her exile target spouts by teaching KGB-approved tactics of self-defense and self-control to her daughter (Holly Taylor), who’s growing increasingly unsure how to handle the knowledge of her parents’ allegiance.

Satisfyingly, the questions The Americans asks continue to have less to do with what happened specifically in history than the role we all play in it. It’s possible to overread The Americans as a grand and sweeping geopolitical treatise, when its heroes are undermining the U.S. only ever so slightly — and when their mission, to win the Cold War, is a failure (if only a conditional one). Philip and Elizabeth have forestalled balancing their duties as Russian countrymen and as parents for so long that they’re now bound to completely foul up at least one: The clock ticks with increasing urgency as they realize just how hard it is to control a daughter who doesn’t trust them, and visibly avoid realizing their mission is sinking.

Knowledge that the Cold War, obviously drawing to its close in 1984, will reopen in grand fashion in the 2010s would have been some consolation for true believers, those who were convinced of the rightness of the national cause. And yet it’d likely mean little to Philip and Elizabeth, whose loyalties, rewardingly, are as convoluted as ever. Their “adoptive son” in this season’s spying scenario tells them that he finds it obvious and inevitable the U.S. will eventually crush the USSR, and Elizabeth reacts with shock This was a misstatement in the extreme, and one that reveals possibly conflicted motives. But her greatest shock may be the knowledge that an end to the war would mean an end to the mission, and finally living life in peace. The greatest resonance The Americans has with our time is this fundamental truth: Living through seismic changes in history — to say nothing of figuring out the role you’re to play as they reshape the world — is no fun at all. 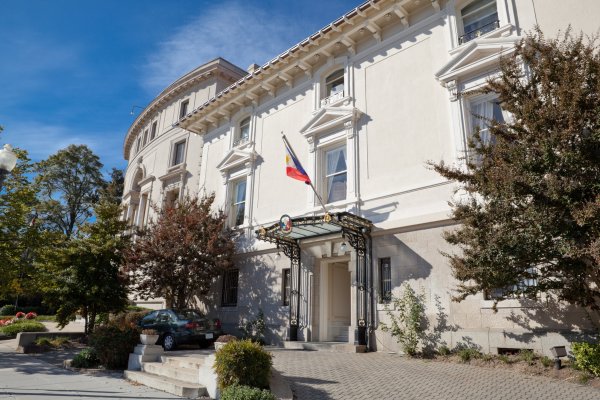