Fitbit's Next Goal: Putting You To Sleep

Alta HR lifestyle shot featuring a woman in bed checking her Alta HR with black classic bands.
Fitbit
By Lisa Eadicicco
Each product we feature has been independently selected and reviewed by our editorial team. If you make a purchase using the links included, we may earn commission.

With its most recent updates, Fitbit has largely focused on making it easier to set personal fitness goals and discover new workouts. Now, the company is aiming to improve the way it measures sleep.

The company’s upcoming Alta HR wristband, a new version of its slim fitness wearable that’s been refreshed with a heart rate monitor and longer battery life, will be one of three devices to get Fitbit’s forthcoming sleep tracking features. Called Sleep Stages, the update will allow the Alta HR, Blaze, and Charge 2 wristbands to detect light, deep, and REM stages of sleep. That goes beyond what Fitbit’s trackers can currently monitor, which include metrics such as the number of times wearers wake up throughout the night, the amount of time they spent awake, and the times at which they’ve fallen asleep and woken up.

Fitbit will also provide users with more feedback about how their sleep habits impact their overall health, as well as tips for getting a more restful slumber. For example, Fitbit could tell a user that they get 20 more minutes of restful sleep on nights following a workout compared to a day spent idle. Gadgets that support Sleep Stages will also alert wearers on the wrist when it’s time to go to bed in order to meet their sleep goals. (The Alta HR will have other improvements that distinguish it from the standard Alta besides better sleep tracking, like the ability to view target heart rate zones on the device.)

Read more: 5 dreamy gadgets that will help you sleep better

Sleep Stages is only available on the Alta HR, Blaze and Charge 2. But the other new feature, Sleep Insights, will be coming to all Fitbit devices with sleep tracking features. (That includes every Fitbit except for the Zip.) The new sleep-oriented capabilities will launch later this spring, while the Alta HR will hit retail stores for $149.95 in April and is available for preorder starting Monday.

Fitbit’s new sleep tracking features will help it catch up to some of its rivals. Fitness trackers made by Garmin and Withings can similarly differentiate between sleep stages, while Apple’s iPhone can ping users with a bedtime reminder. Some of Jawbone’s devices can track various stages of sleep as well, though that company is said to be exiting the consumer wearables business following reports of financial struggles.

Shelten Yuen, Fitbit’s vice president of research, says the company wanted to be able to provide useful advice to wearers before including more advanced sleep tracking on its products. “If you just roll out more metrics but don’t really inform the user how to interpret it, you’re not really helping the user,” he says. When asked about new form factors and other types of health metrics Fitbit devices might measure in the future, such as stress levels or blood pressure, Yuen replied: “If you’ve thought about it, we’ve probably been working on it . . . we live and breathe trying to figure out what else we can measure.”

The new product announcements come after Fitbit posted dismal earnings in February. Fitbit CEO James Park recently told Fortune that the company will focus on smartwatches and enhancing its fitness trackers’ software to turn things around. 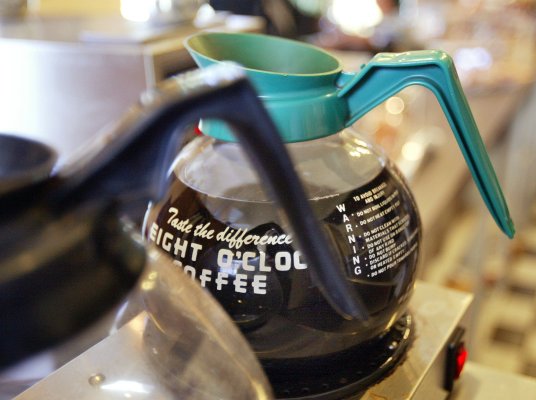 These 7 Coffee Gadgets Will Finally Make You a Morning Person
Next Up: Editor's Pick