Attorney General Jeff Sessions said on Thursday he will recuse himself from any existing or future investigations related to Donald Trump’s presidential campaign. His comments came at a press conference addressing the controversy that erupted this week after the Washington Post reported that Sessions met with the Russian ambassador to the U.S. last year but did not disclose the encounters during his Senate confirmation hearing.

Lawmakers from both parties criticized Sessions, and many called for him to recuse himself from investigations into Russia’s role in the 2016 presidential election. Some went further, with top Democrats saying Sessions should resign from his post as the country’s top law enforcement official.

However, President Donald Trump said Thursday he did not think Sessions needed to recuse himself from any investigations and added he retains “total” confidence in the attorney general, according to the Associated Press.

Sessions said Thursday that his meetings with the Russian ambassador did not have to do with the 2016 presidential campaign, and maintained that he did not lie during his confirmation hearing earlier this year. Read his full comments here: 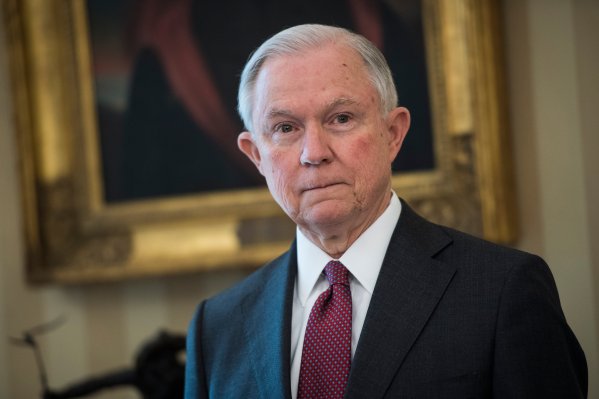 Read Attorney General Jeff Sessions' Remarks on Recusing Himself
Next Up: Editor's Pick