Former President George W. Bush is fully aware that he doesn’t know how to adorn a poncho. Ellen DeGeneres isn’t letting him forget it, either.

Bush’s struggle with the plastic rain gear at President Trump’s inauguration quickly became an internet sensation, causing a rush of memes to flood the Internet. Even though Bush appeared to laugh and smile about his sartorial battle, the photos of him became one of the trademarks of Trump’s swearing-in.

The former president sat down with DeGeneres on her show to promote his new book Portraits of Courage. While the two discussed his art, the current presidency and his friendship with Michelle Obama, DeGeneres ultimately brought up the pressing issue at hand: whether or not he had ever worn a poncho. “The poncho was a problem. Have you put one on? Is that the first time?” she asked. Bush replied, “Yeah, it looks like it! That’s for sure.” 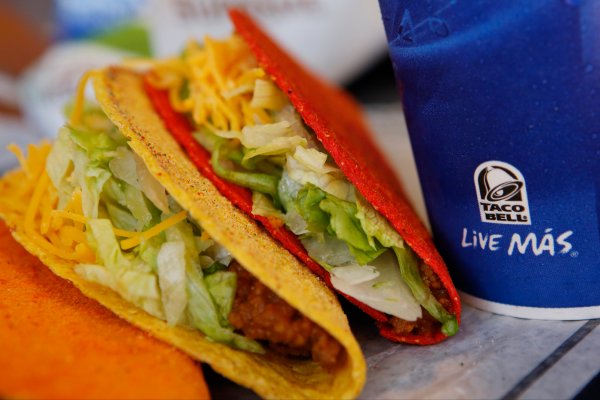 This Bride Made a Wedding Dress Out of Burrito Wrappers
Next Up: Editor's Pick