Donald Trump Changed His Tone But Not His Message: Be Afraid

UNITED STATES - FEBRUARY 28: President Donald Trump delivers his address to a joint session of Congress on Tuesday, Feb. 28, 2017.
Bill Clark—CQ Roll Call/Getty Images
Ideas
By Daniel Benjamin
Benjamin, who served as Coordinator for Counterterrorism at the U.S. State Department, is director of The John Sloan Dickey Center for International Understanding at Dartmouth College.

To the parents of refractory children everywhere, President Donald Trump’s address to Congress gave a ray of hope that even the most incorrigible might have their moments of presentability. He didn’t refer to 3.5 million imaginary illegal votes in the November balloting, blame the military for the death of a Navy SEAL, insult a foreign ally, badger a reporter, hurl invective at the intelligence community or announce a new “enemy of the people” — his other accomplishments of the last fortnight.

Through the Trumpian lens, you would have to count the speech a success of sorts. A spot poll by CNN after the speech found 70% of viewers said that it made them more optimistic about the direction of the country. TV commentators, desperate to find something to praise after months of exasperated head-shaking and slack-jawed incomprehension, were only too glad to retrieve forgotten adjectives and hail a “presidential” president.

A scholar of presidential oratory might feel differently. If I’d turned in such a cliche-ridden draft when I was a speechwriter for President Bill Clinton, I would have been transferred to White House Correspondence to answer letters from third-graders. “We just need the courage to share the dreams that fill our hearts.” Really? But that is a minority voice. If the White House staff has a secret plan to define deviancy down, in the great phrasing of Senator Pat Moynihan, they can count the show on Capitol Hill a major win.

What was still there, and more insidious than ever because it was wrapped in so many reassuring banalities, was that dark Trump worldview which bears so little relationship to reality: We have neglected our borders, which are “wide open, free for anyone to cross.” What borders is he talking about? Has Trump tried to fly into Dulles with a Somali passport? “It is not compassionate, but reckless, to allow uncontrolled entry from places where proper vetting cannot occur.” Here again is the Trump who tweeted that his misbegotten executive order shouldn’t be held up by a “so-called judge” because terrorists were pouring across the border. Except there was no evidence they were, as multiple hearings demonstrated. Our border controls not only keep Americans safe, but his continued effort to revise them via executive order may actually put people in danger.

Trump also claimed, based on Justice Department data, that “the vast majority of individuals convicted for terrorism-related offenses since 9/11 came here from outside of our country.” But, the phrasing is tricky. Though there are, of course, real terrorist convictions, many of the “related” charges involve drugs, immigration violations, fraud and the like. A Cato Institute report points out that 42% of the convictions were not for true terrorist offenses, and only 40 of the convictions related to terrorism plots in the U.S.

Of those who were born elsewhere, none who was involved in a killing appears to have had an intent to commit violence when they came — that developed many years later. (Tashfeen Malik, the female shooter in San Bernardino, may be the exception, but that is still not certain.) With more than a third of terrorist crimes in the U.S. caused by converts, and jihadist killings of Americans comprising one two-hundredths of a percent (.005) of all American homicides since September 12, 2001, this is Trump at his fearmongering, fact-twisting worst.

The same can be said for the continued harping on crimes committed by undocumented immigrants. We are now on course to spend $20 billion or more on a wall to prevent the entry into the U.S. of a group of people who, study after study shows, are less likely to commit crimes than native-born Americans.

As with the executive order to limit migration for counterterrorism purposes, the announcement Trump unfurled before Congress to open an office of Victims of Immigration Crime Engagement in the Department of Homeland Security has more to do with propagating his view of foreigners as dangerous than it does with meeting a need. It is not clear what such an office do. The Department of Justice already has a large Office for Victims of Crime that is the government’s clearing house for all issues related to victims of crime. Wasn’t this going to be the administration that cut down on duplication and waste?

There are plenty of other examples of how Trump used bogus factoids to inculcate fear. Yes, there was a jump in the murder rate in 2015, but 2014 saw the lowest rate since 1963. This is the kind of use of statistics that earns high school students failing grades. Even on his best behavior, Trump wants people scared and therefore easy to manipulate. We have seen this film before, and it didn’t end well.

By contrast, Trump ignored issues Americans should legitimately worry about. The Department of Defense has identified five major challenges confronting the nation: Russia, China, Iran, North Korea and terrorism. Other than Trump’s declaration to protect the nation — against the wishes of new national security adviser Gen. H.R. McMaster, who hoped for a different phrase — from “radical Islamic terrorism,” only one of those issues came up (in a halfway substantive way) in the speech: Iran got half a sentence. The other three countries have the nuclear weapons. With North Korea working to put a warhead atop a missile, China seeking to dominate the seas in its neighborhood and Russia hacking elections across the West while occupying Ukrainian territory, it would have been nice to hear what the administration plans for these real-world problems.

Count that as part of the big retrenchment, the pull-back from the tough work of maintaining international order that the US has done since 1945 – to the incalculable benefit of the American people. With the announcement shortly before Trump’s speech that the White House plans to slash the budgets of the State Department USAID by 37%, it is clear that this president wants nothing to do with maintaining US global leadership, something that can’t be achieved solely with US military firepower as more than 120 retired generals and admirals quickly pointed out.

This isn’t an orderly retreat; this is flight, though even Republicans in Congress are unlikely to approve cuts so massive. (Think about it: When Rex Tillerson, the seldom heard Secretary of State, presided over Exxon Mobil, his firm routinely had gross income greater than the budgets of the foreign and development ministries of our sole remaining — but shrinking – superpower, and now he is going to see those reduced further. Wonder if he is glad he took the job?) If Trump maintains focus as he did before Congress, he could yet succeed at turning a great nation into a fearful one while allowing genuine dangers to grow beyond our means to deal with them. 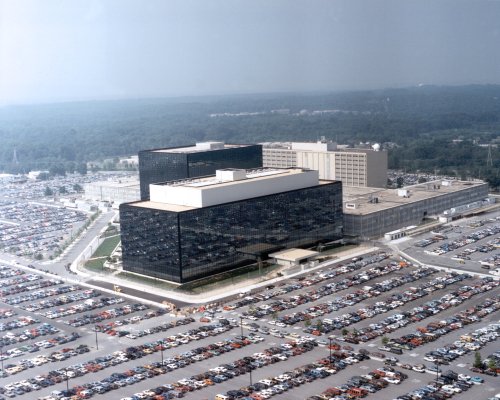 Why I Spent the Last 40 Years In National Security
Next Up: Editor's Pick