A new profile of the director of Beyoncé’s award-winning music video for “Formation,” Melina Matsoukas, sheds some important light on the habits of Queen Bey the boss. As expected, the singer is a perfectionist and a hard worker, even reading—and responding—to emails in the middle of the night.

According to Matsoukas, who’s worked with everyone from Rihanna to Snoop Dogg and formed a close relationship with Beyoncé and her sister Solange over the years of their collaborations, she only had a few weeks to make the big “Formation” video, which would unveil a new, more politically incisive side to Beyoncé’s public image—and kick off Lemonade. After doing her research, Matsoukas sent Beyoncé a written treatment via email in “the middle of the night.” Bey’s response came back “within hours,” the New Yorker tells us. Scions never sleep.

The production’s tight timeline meant Matsoukas had just two days to shoot Beyoncé on-set. In an artificial lake with a blue screen background, Matsoukas relates, she set up the singer reclining on a sinking police squad car. It’s an iconic shot that recurs throughout the video, echoing Hurricane Katrina’s aftermath. It also happened to involve cold water—but in a non-diva move, Beyoncé didn’t complain. Instead, she very subtly donned a wetsuit beneath her Gucci outfit, which probably makes this the most impressive use of neoprene in a music video of all time.

“And Miss Tina is calling me, like, ‘You’re going to give her pneumonia, and she has to perform at the Super Bowl,'” Matsoukas relates of the stressful filming experience. Of course, Beyoncé went on to perform with show-stealing aplomb just a few days later. Definition boss, down to the late-night email habits.

We bet she sticks to inbox zero. 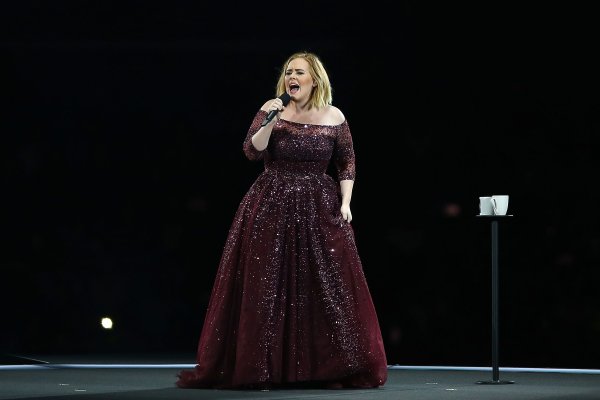 Even Adele Was Impressed by This Adele Impersonator
Next Up: Editor's Pick