What President Trump Said About Immigration During His Address to Congress

President Donald Trump outlined his vision for U.S. immigration during his joint address to Congress, advocating for a reduction in “lower-skilled” immigration and highlighting families who were victims of violent crimes committed by immigrants. But he also opened the door to an immigration reform deal.

A “merit-based immigration system,” Trump said Tuesday night in his remarks prepared for delivery, “is a basic principle that those seeking to enter a country ought to be able to support themselves financially. … Switching away from this current system of lower-skilled immigration, and instead adopting a merit-based system, will have many benefits: it will save countless dollars, raise workers’ wages, and help struggling families — including immigrant families — enter the middle class.”

Trump told network anchors earlier on Tuesday that he would be open to a comprehensive immigration reform bill. He alluded to it during his joint address, saying, “I believe that real and positive immigration reform is possible, as long as we focus on the following goals: to improve jobs and wages for Americans, to strengthen our nation’s security, and to restore respect for our laws. If we are guided by the well-being of American citizens then I believe Republicans and Democrats can work together to achieve an outcome that has eluded our country for decades.”

Trump brought Jamiel Shaw, Susan Oliver, Jenna Oliver and Jessica Davis as his guests to the event— each of them had a family member killed by an undocumented immigrant. Trump said he ordered the Department of Homeland Security to create an office to serve families like these called VOICE –- Victims Of Immigration Crime Engagement. Violence by undocumented immigrants was a theme Trump spoke of throughout his campaign, often referencing Shaw specifically. Trump said Tuesday that Shaw “has become a good friend.” 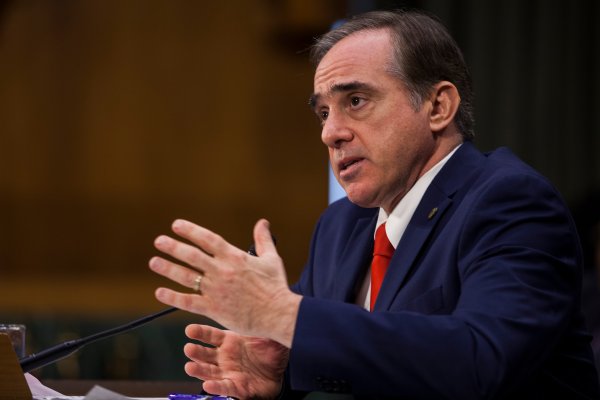 Meet the 'Designated Survivor' for President Trump's Address to Congress
Next Up: Editor's Pick