Not Exercising Is As Bad As Being Obese, Health-Wise

Exercise is one of the most powerful things you can do to protect your heart, according to new research published in the European Journal of Preventive Cardiology.

Researchers in the Netherlands gathered data from 5,344 middle-aged and older people living in Rotterdam who reported their exercise habits, as well as their height and weight measurements to determine their body mass index. The scientists also collected information on the group’s rates of heart disease and stroke over 15 years.

The data confirmed what doctors have long known: that overweight and obesity are linked to a higher risk of heart problems. People who were heavier had the highest rates of heart disease during the study. But when they looked at overweight and obese people who also exercised regularly, they found that their heart disease rates were similar to those of normal weight people who also exercised.

Exercise, in other words, seemed to cancel out the negative effects of weight when it comes to heart disease. “We found that inactivity and being obese have the same risk or similar risk of developing heart disease,” says Klodian Dhana, a postdoctoral researcher in epidemiology at Erasmus Medical Center, who is now in in the department of nutrition at the Harvard T. H. Chan School of Public Health.

How generalizable the findings are to other populations outside of the Netherlands isn’t clear yet, since even low-level exercisers in Rotterdam reported getting at least two hours of moderate physical activity a day—a significant amount, for most people. The ultra-exercisers in Rotterdam were getting about four hours daily. That’s because many of the people reported biking to work or to do errands, and the researchers included all types of activity in their analysis.

Still, the fact that the study found this effect should send a strong message that exercise is one of the best ways to reduce the risk of heart disease. Overweight and obesity are still major risk factors for heart problems, but the results suggest that at least some of the harmful effects of excess weight can be offset by exercise.

Because the study involved older people, it also shows that it’s never too late to benefit from exercise. “They should believe that by doing physical activity in older age, they can still benefit from decreasing their risk of heart disease,” says Dhana. 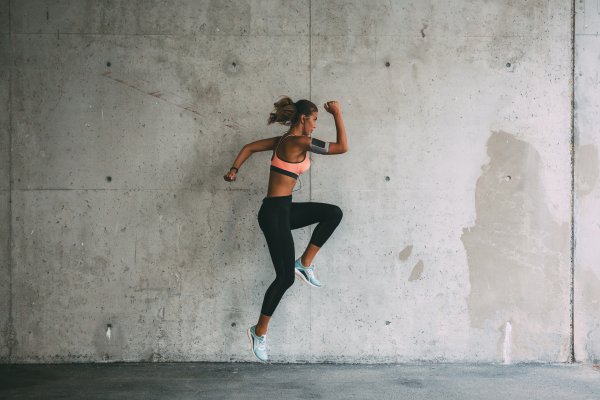 This Is the Best Type of Exercise for Weight Loss
Next Up: Editor's Pick