President Donald Trump focused on communicating a message of “unity and strength” after heralding a “new chapter of American greatness” during his first address to a joint session of Congress last night. He condemned a recent string of apparent hate crimes in the country and doubled down on plans to curb violent crimes committed by immigrants who are in the U.S. illegally. Read the full transcript of his remarks here.

Kellyanne Conway said in a new interview that she “meant no disrespect” by kneeling on a sofa in the Oval Office amid controversy over her casual pose. “I didn’t mean to have my feet on the couch,” she told Lou Dobbs Tonight.

Republican French presidential candidate François Fillon said he “will not withdraw” his name from the race despite calls for him to face charges for an alleged fake jobs scheme. Fillon has repeatedly denied wrongdoing amid accusations that he paid his wife for work she did not do as his assistant.

Women of NASA get their own Lego set

A group of female pioneers at NASA have inspired a new Lego set that honors their groundbreaking work in advancing space exploration. The five new figures include Katherine Johnson of Hidden Figures and Sally Ride, the first female astronaut in space.

At least two people are dead after tornadoes hit areas in the central U.S.

Twelve students were injured, four critically, when a 73-year-old driver plowed into a high school marching band in Alabama.

Lady Gaga will headline this year’s Coachella music festival in place of Beyoncé, who dropped out.

Today is Ash Wednesday, which marks the start of Lent. 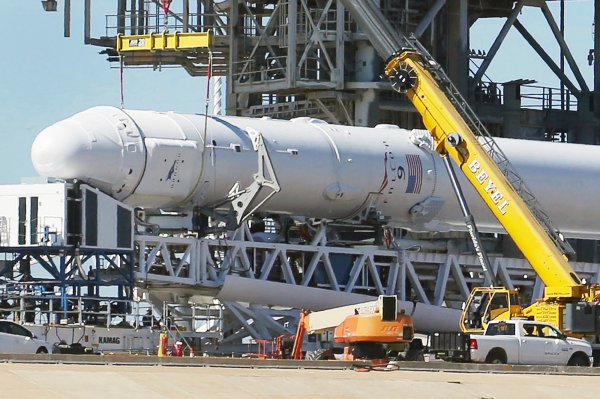