In an interview with the conservative Breitbart news website, Trump said that the mistaken announcement of La La Land as Best Picture and subsequent announcement that Moonlight had actually won was due to producers focusing too much on politics.

“I think they were focused so hard on politics that they didn’t get the act together at the end,” President Trump told Breitbart. “It was a little sad. It took away from the glamour of the Oscars. It didn’t feel like a very glamorous evening. I’ve been to the Oscars. There was something very special missing, and then to end that way was sad.”

Many parts of the Academy Awards ceremony seemed to take aim at Trump, from host Jimmy Kimmel’s gibes to a speech by an Iranian filmmaker who did not attend in protest of the Administration’s travel ban and other comments from both presenters and winners.

Trump has regularly criticized the Oscars on Twitter as “boring” and a “sad joke” in years past, but refrained from tweeting last night. Kimmel even tried to spur Trump to comment with a tweet during the ceremony:

The President didn’t take the bait, although a former campaign spokeswoman spoke up in response.

Meanwhile, a story in the Wall Street Journal Monday indicated that Twitter may be partly to blame for the mix-up. A managing partner at PricewaterhouseCoopers LLP, which oversees the awards ceremony, posted a celebrity photo on Twitter just minutes before giving the wrong envelope to actor Warren Beatty, the Journal reports. 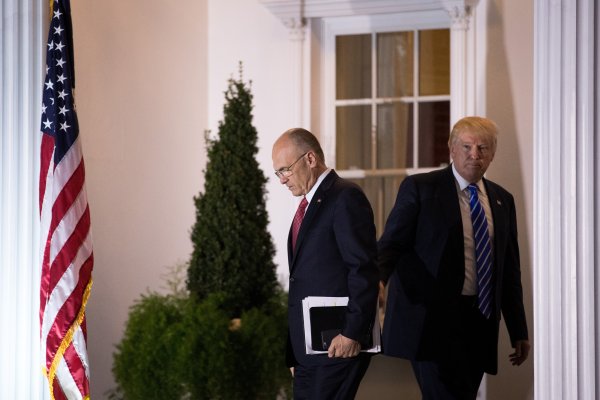 Former Labor Secretary Nominee Says the 'Left' Brought Him Down
Next Up: Editor's Pick