When Warren Beatty first opened the envelope to announce the winner for the Best Picture Oscar Sunday night, he looked confused. He looked over to his co-presenter, Faye Dunaway for reassurance. “You’re impossible,” she said. “Come on.” He handed her the envelope, and Dunaway announced that La La Land was the winner. Except La La Land didn’t win. Moonlight did.

“I want to tell you what happened. I opened the envelope and it said Emma Stone La La Land,” he explained. Stone had just won the Best Actress nominee for the film. “That’s why I took such a long look at Faye and at you. I wasn’t trying to be funny. This is Moonlight, the Best Picture.” 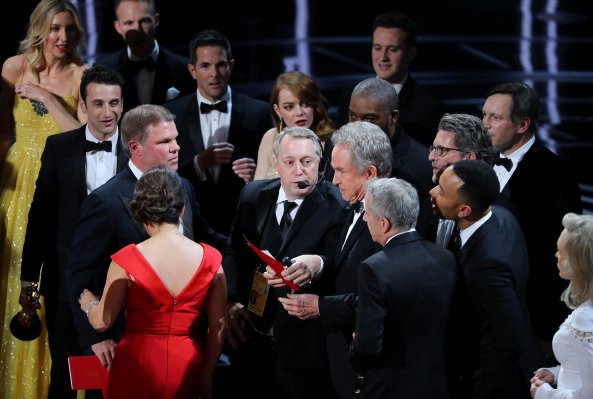