Before the Oscars ceremony kicked off, Emma Stone had already cemented her place on the evening’s best dressed lists in an Oscar-gold old Hollywood gown. But her most noteworthy accessory was in service of a cause: a small golden pin in the shape of Planned Parenthood’s logo. Stone was not the only star who made a subtle political statement on the red carpet. Dakota Johnson sported Planned Parenthood’s logo on her clutch, and several stars—including nominees Lin-Manuel Miranda and Ruth Negga—wore blue ribbons in support of the American Civil Liberties Union.

Though red-carpet interviews mostly steered clear of politics, celebrities made the most of the attention to kick off what promises to be a night full of political statements. 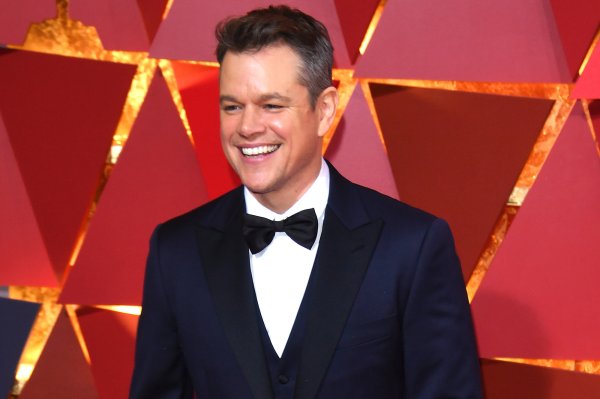 Jimmy Kimmel Kept His Feud With Matt Damon Alive During the 2017 Oscars
Next Up: Editor's Pick