Girls Scouts Around the World Are Sharing Inspirational Letters of Hope

The Girl Scouts aren’t just a U.S. institution that sells cookies. In fact, according to the World Association of Girl Guides and Girl Scouts, the youth organization spans 146 countries—and is using their international reach to connect its 10 million members, launching a global letter-writing campaign this week to inspire a force for good. The scouts are encouraged to share their hopes and ambitions for a better world. Associated with Wednesday’s World Thinking Day, the campaign hopes to spark a collective voice that transcends borders.

“In all of the turmoil and division across the world, it is young people who are likely to suffer most,” chair of the World Association Nicola Grinstead told TIME. “Millions are missing out on an education and more than half of the world’s refugee population fleeing from conflict are made up of boys and girls under 18.”

The girls wrote in from countries from Syria to the Philippines, expressing their enduring optimism in the face of challenging odds.

A wrote a girl named Laiba from Pakistan, wrote an empowering note. “Girls grow up being told they are constantly inferior to their male counterparts. Some are told that their purpose of life is much smaller than they’d like it to be. But Pakistani girls do not just reach to the stars, they determinedly work towards achieving their aims and breaking barriers with each step.”

One twelve-year-old from Greece reflected on the changes that have come to her country due to the influx of refugees—and how she has responded. “As a guide, I’ve learnt that people are the same, no matter how we look like or what language we speak. Do you know what is the language that all people understand? A smile and a hug!” she wrote.

Check out some excerpts of the other letters, below. 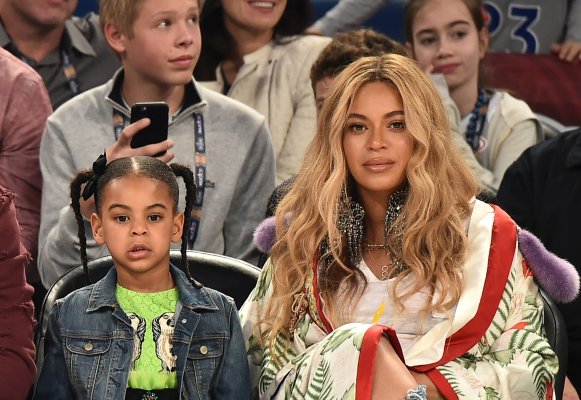 Beyoncé Posted a Snapchat Photo and The Internet Can't Handle It
Next Up: Editor's Pick