Why Heaven Can Have a Gate But the U.S. Shouldn't Have a Wall

Jesus washes the Disciples' feet
Getty Images
Ideas
By Christopher J. Hale
Hale is a Democratic politician from Tennessee; he has been a Catholic nonprofit executive and helped lead faith outreach for President Barack Obama.

The nation’s largest annual gathering of right-wing activists, the Conservative Political Action Conference (CPAC), has not had an auspicious start. While Donald Trump’s speech was clearly a big draw, the event already had to drop its controversial keynote speaker, Milo Yiannopoulos, after a 2015 video emerged of him appearing to rationalize the sexual abuse of children. And on Wednesday, CPAC endured social media ridicule when it was revealed that they would be hosting a Saturday forum titled “If heaven has a gate, a wall and extreme vetting, why can’t America?”

The question is based on a profound misunderstanding of traditional Christian theology. It will be addressed by GOP Congressmen Andy Biggs and Ken Buck along with former Congressman Bob Beauprez.

To find an answer, the three might take a cue from Pope Francis, who tweeted on Wednesday, “Jesus entrusted to Peter the keys to open the entrance to the kingdom of heaven, and not to close it.”

Of course, the United States isn’t heaven, and Donald Trump isn’t God. But if the President and conservatives want to enact vetting based on the teachings of Jesus, they should look to Christ himself.

In the Gospel of Matthew, Jesus tells us what it is he requires from his followers for entry into heaven, his domain: Feed the hungry. Give drink to the thirsty. Welcome strangers. Clothe the naked. Minister to the sick. Visit the imprisoned.

Donald Trump should appreciate this extreme vetting. Here’s what Jesus tells us will happen to those who doesn’t pass his criteria: They will “go off to eternal punishment.” Or as he says elsewhere in Matthew about those who fail this test: “Throw this useless servant into the darkness outside, where there will be wailing and grinding of teeth.”

So, Jesus Christ — like Donald Trump — has rigorous standards for entry into his land. But we would do well to remember that in Jesus’s vetting process, the last are first, the poor are blessed and prodigal children are always welcomed home. Not bad advice for the President who claimed upon taking office he would “make Christianity strong in America again.” 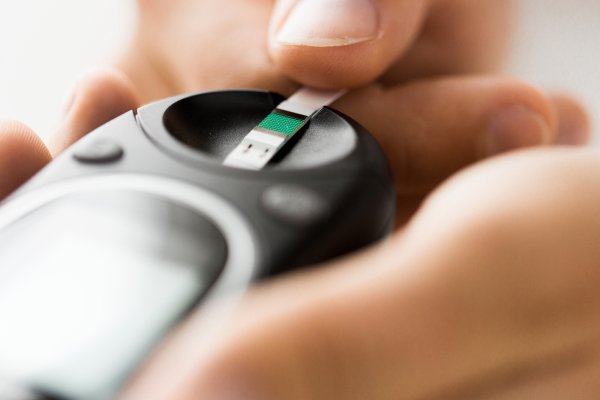 Fasting Could Unlock a Cure for Diabetes
Next Up: Editor's Pick