Nearly 200 children and adults were at the St. Paul Jewish Community Center in Minnesota — which offers swim lessons, community lectures and preschool classes — when the phone rang with a bomb threat on Monday morning. Students quickly evacuated to a nearby fire station, police officers swept the building and the center re-opened after no bombs were found. Days later, no one has been arrested.

“There’s very little evidence on which to move forward,” said Steve Linders, a spokesman for the St. Paul Police Department. He said it’s not yet clear what phone number or device was used to make the threat.

The case illustrates the challenges faced by law enforcement officials and hate crime experts working to combat a wave of recent anti-Semitic incidents across the country.

“Statistically, most of them are hoaxes. Realistically, you have to handle every one as if it’s the real deal,” said James Mulvaney, an adjunct professor at John Jay College of Criminal Justice who previously worked with the New York Police Department’s hate crimes task force.

There have been nearly 70 bomb threats at 53 Jewish Community Centers (JCCs) in the U.S. and Canada so far this year, according to the JCC Association of North America. Although it’s difficult to quantify, civil rights experts see those threats as part of a spike in racist and anti-Semitic incidents since the presidential election.

The Southern Poverty Law Center counted 1,094 bias-related incidents in the month following the election. But the center, which has long tracked hate groups, has no way of comparing that figure to previous months because it only began tracking hate incidents after the election, when it was flooded with an “alarming” number of reports about racist and anti-Semitic incidents.

The Anti-Defamation League does not release its annual audit of hate incidents until all reports can be vetted, but the organization said it has been receiving more reports than usual this year.

More than 150 members of Congress on Wednesday sent a letter to the Department of Homeland Security, the Department of Justice and the FBI, urging authorities to “swiftly” investigate recent threats and prosecute the perpetrators. The FBI has said it is investigating “possible civil rights violations in connection with threats to Jewish Community Centers across the country” and declined to comment further.

“The reason they’re so difficult is, indeed, because this is not 1980 where someone can just do a quick look and find where the call emanated from,” said Oren Segal, director of the ADL’s Center on Extremism, noting that the internet and other forms of technology have made it easier for perpetrators to remain hidden.

He said the ADL, whose headquarters were targeted with a bomb threat on Wednesday, is working with the FBI to investigate the source.

“They’re extremely difficult to investigate, again, because they are perpetrated from a distance. The offender tends to remain anonymous, and hate crimes are difficult to identify in the first place,” said Jack Levin, a hate crimes expert and co-director of the Brudnick Center on Violence and Conflict at Northeastern University.

“Even if they never find the perpetrator, there are solutions that go beyond law enforcement,” Levin said, noting that the community and political leaders can offer support to those affected. He believes hate crime laws are also important because they can be a deterrent.

“I think it’s important to recognize that something changed in this country after the election,” Lenz said. “This without a doubt is a new development.” 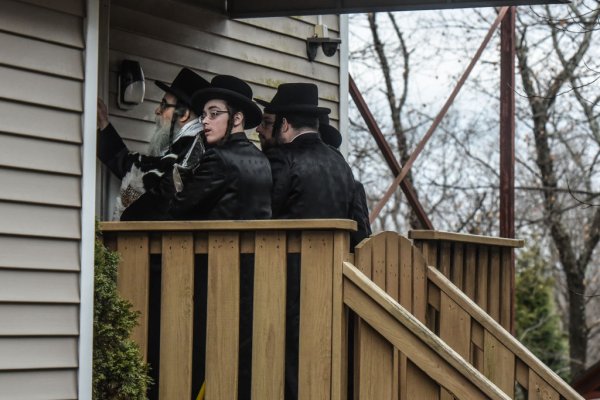