Stephen Colbert has a bone to pick about the budding friendship between President Donald Trump and Infowars head honcho Alex Jones. During the opening monologue of Wednesday’s episode of The Late Show, the host mocked the conservative radio host’s reported new role as “occasional information source” and “validator” for Trump, airing several controversial clips from his show.

“If you’ve been living underground for the last few years, you probably listen to Alex Jones,” Colbert joked. “But for the rest of you, he runs a conspiracy website called Infowars. The name’s easy to remember — just imagine info, then imagine someone at war with it. And Donald Trump’s phone buddy has gained a reputation for telling it like it isn’t.” 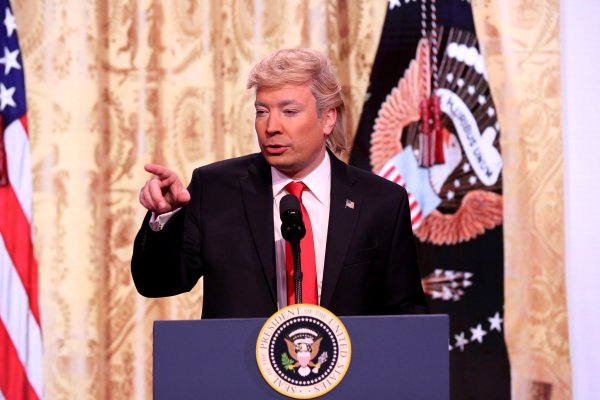