Fresh off her recent music video debut, Katy Perry headed across the pond for Wednesday’s BRIT Awards—the British version of the Grammys—where she performed her latest single, “Chained to the Rhythm.” As usual, the larger-than-life entertainer put together a zany and colorful show, this time involving giant dancing skeletons dressed up in suits and a collection of dancers wearing mini house costumes. (One of them, unfortunately, toppled off the stage during her number.)

Twitter was quick to chime in on the unusual choice of set design, ascribing potential political meaning—particularly given the song’s socially conscious subtext—to the skeletons.

As many will recall (remember Left Shark?), Perry is always here for choreography that involves inhuman objects. These houses were no exception. Meanwhile, Perry herself wore another pantsuit, which seems to be her costume of choice for this latest phase in her career. 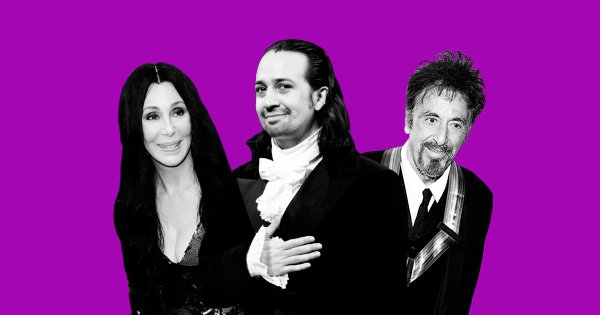 30 Artists You Didn’t Know Are Super Close to an EGOT
Next Up: Editor's Pick