In this Thursday, Feb. 9, 2017 photo, people react as U.S. Rep. Jason Chaffetz speaks during a town hall meeting at Brighton High School in Cottonwood Heights, Utah. Some attendees of the contentious town hall hosted by Chaffetz have sent the congressman fake invoices after he claimed some people there were paid protesters.
Rick Bowmer—AP
Ideas
By Jesse Ferguson
Ferguson was deputy national press secretary and senior adviser on Hillary Clinton’s 2016 campaign; previously, he served as deputy executive director and director of independent expenditures for the Democratic Congressional Campaign Committee.

The zeitgeist is quickly setting in: Republicans right now face a backlash akin to what Democrats faced from the Tea Party in 2009 and 2010. Some have gone so far as to call this resistance the Democratic Tea Party. It’s a convenient comparison: Democrats like it because the Republican Tea Party was successful in 2010, and the media appreciates it as a simple and straightforward story. I’ve been guilty of leaning on it myself.

But the Democratic resistance and the Tea Party actually differ in a number of important ways, each of which tells a different story about where our country is and where our politics may be headed.

For starters, the Tea Party was forged as an opposition to a societal reality in our country, while today’s resistance is opposed to a political reality. The Tea Party began before the election of President Obama, as a reaction to President Bush and the bank bailouts of 2008. Tea Partiers believed that society and the economy had all left them behind. The movement’s anger was stoked by the realization that the country had changed to the extent that it would elect someone like Barack Obama and support his “liberal” policies like the Economic Recovery Act (the so-called stimulus) and the Affordable Care Act (scornfully dubbed “Obamacare”). These members wanted the entire country to revert to a set of values that more closely resembled what they saw on Leave It to Beaver.

On the other hand, the current resistance isn’t based on a belief that our country has gone astray from some former golden age. It’s a political backlash, borne out of Donald Trump’s policies and his presidency. Its participants aren’t rejecting the social structures of American society. They are embracing and defending our evolving structures of diversity and inclusiveness. The people stepping forward to resist the Trump Administration are standing against an Administration that doesn’t respect the core values that this nation holds: that we are all equal and that we can all achieve our own dreams.

Second, these movements were forged in entirely different political situations. Members of the Tea Party believed they had been marginalized and had to fight back against this new oppression. They represented a minority, losing the 2008 elections by almost 200 electoral votes and 10 million people, while Democrats gained a more significant majority in the House and a filibuster-proof 60-vote majority in the Senate. Headlines announced a permanent progressive majority. The Tea Party disapproved of their country going in this new direction, which bred their movement’s anger.

Today’s resistance is almost the complete opposite. While Trump is indeed president — winning the Electoral College by approximately 75 votes — he lost the popular vote by nearly 3 million. While Republicans maintained their control of the House and the Senate, they lost seats in both. The current resistance isn’t reacting to its lost status as the majority in American politics, as the Tea Party was. It is speaking out for the majority of Americans who feel inadequately represented in Washington. This resistance is giving political voice to those the political system has deprived of a voice. They are speaking for the silenced majority.

The third major difference is in how these movements act. There are certainly some tactical similarities — both use rallies and town hall meetings to attract attention to their causes — but the undercurrents are very different. The Tea Party was truly a movement of anger — at the system, at the country and at the movement’s members’ declining station in life. This best manifested in their slogan, from the American Revolution’s Gadsen flag, “Don’t Tread on Me” demanding that people and government just leave them alone to their familiar ways.

While today’s resistance certainly has some anger, the basic emotions fueling it are alarm and fear. We are alarmed by what the current political system, and its leadership, will do to us, our friends and our country. We are fearful that our family and neighbors might be barred from entering the U.S. by a Muslim ban or might lose their access to health care if the Affordable Care Act is recklessly repealed. We are worried that the political system now serves corporate interests and the President’s far-flung (but undisclosed) business interests, not the interests of the people or their nation. We are alarmed that people we know and love won’t be treated equally or fairly under the new Administration. The Tea Party consisted of people angry about their own perceived situation; the resistance is people alarmed and fearful about what might happen to others.

The best distinction between the two movements, though, is the one that is most important to our President: crowd size. The largest Tea Party rallies reported were between 150,000 and 250,000 people, depending on the source. The Women’s March last month irrefutably included over 4 million people nationwide — a 16-fold difference. Washington, D.C., alone likely doubled the largest Tea Party totals.

While it would be easy and convenient to pronounce that 2017 is merely 2009 redux, the simplicity of that comparison belies the underlying and important reality. The Tea Party sought to “fix” our country and align it with Tea Party politics; the democratic resistance seeks to fix our politics and align them with our country’s values. The movements may share some tactics, but the spirit that drives them are, and the consequences of them will be, very different.

Ferguson was Deputy National Press Secretary and Senior Spokesperson for Hillary Clinton’s 2016 campaign for President; before, he was Executive Director of the Democratic Congressional Campaign Committee Independent Expenditure. 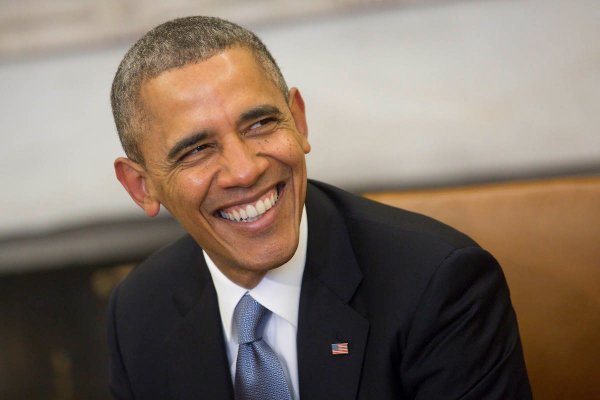