President Trump sought to put more than a week of turmoil in his foreign policy team to rest as he selected Lt. Gen. H.R. McMaster as his new National Security Advisor, replacing the ousted Mike Flynn. McMaster, a widely respected strategist had been in charge of developing the Army’s plans to address future threats. (He was named to the TIME 100 in 2014.) Trump had interviewed McMaster and other finalists at Mar-a-Lago this weekend, announcing the selection Monday to the press, just days after his first selection for the post declined the job. It capped a weekend in which Trump participated in a couple rounds of golf, attending a pair of fundraisers at his private club, and holding meetings with staff on the future of Obamacare and tax reform. The White House has promised developments on both of those legislative fronts in the coming weeks, but it is as yet unclear the extent of its coordination with Capitol Hill Republicans.

Trump also held a campaign rally in Florida Saturday, in which he worked to offer an alternative news report to his most ardent supporters. Trump again lambasted the media, while trying to put a positive spin on his first month in office. He rejected any concerns that there has been chaos in his Administration and delivered a greatest-hits version of his marathon campaign rallies. Trump also delivered a few exaggerations and at least one very confusing comment about crime and terrorism in Sweden.He didn’t win converts, but all in all, Trump accomplished what he’d set out to—rallying his backers outside of the traditional press.

Republicans brace for protests. More focus on Care after Obama. And the latest questions about Trump’s commitment to draining the swamp.

With Coverage in Peril and Obama Gone, Health Law’s Critics Go Quiet
After Obama, the focus is on Care [New York Times]

“I think all of us here in this room — all of us in America — have generally paid for our gas and oil all along, and I am sure we will continue to do so in the future. We’re not in Iraq to seize anybody’s oil.” — Defense Secretary Jim Mattis, breaking with President Trump’s past comments as he visited Iraq this weekend

“Anti-Semitism is horrible and it’s going to stop.” —President Trump to NBC after failing to condemn anti-semitism at a press conference last week

President Trump Made a Confusing Reference to Sweden. Here’s What the White House Says He Meant [TIME]

As White House counsel, Don McGahn’s job is to keep Donald Trump in line. But he shares his boss’ hard-charging reputation. [Politico] 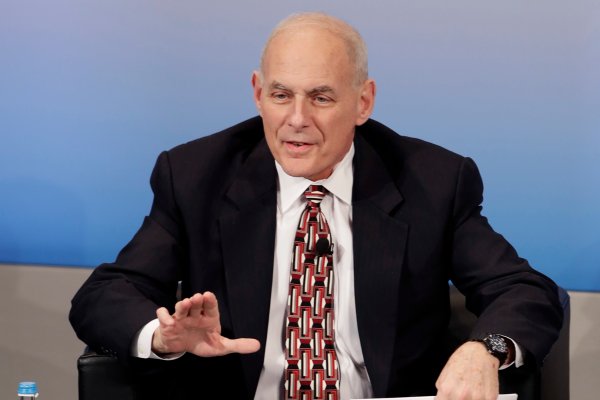 New Rules Put Most Undocumented Immigrants at Risk
Next Up: Editor's Pick