Flynn sparked controversy when it was revealed he had misled Vice President Mike Pence about the content of his conversations with the Russian Ambassador to the U.S.

Here’s what to know about McMaster:

McMaster, who is director of the Army Capabilities Integration Center, will remain on active military duty while serving as national security adviser, the Associated Press reported.

He graduated from West Point and earned a doctorate in military history from the University of North Carolina at Chapel Hill.

He was critical of the Vietnam War
McMaster wrote a well-known book in 1997, titled Dereliction of Duty: Lyndon Johnson, Robert McNamara, the Joint Chiefs of Staff, and the Lies that Led to Vietnam. He criticized the U.S. government for the Vietnam War and argued that the Joint Chiefs should have pushed back against President Lyndon B. Johnson.

“We must address the question of responsibility for one of the greatest American foreign policy disasters of the twentieth century,” he wrote in the book.

McMaster served twice in Iraq
He earned a Silver Star after commanding a unit during one of the most significant battles of the Persian Gulf war in 1991, the New York Times reported. He later returned to Iraq from 2005 to 2006, leading an operation to regain control of Tal Afar and serving as special adviser to the top U.S. commander in Iraq, according to the AP.

Republicans praised his appointment
Arizona Sen. John McCain, who has been critical of other aspects of Trump’s administration, called McMaster an “outstanding choice” and a “man of genuine intellect, character, and ability.”

“I could not imagine a better, more capable national security team than the one we have right now,” said McCain, a veteran who was held for more than five years as a prisoner of war in Vietnam. 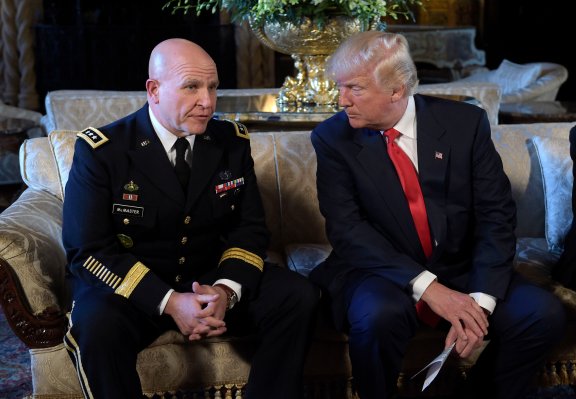