The White House initially had hoped to have a replacement for Flynn by Friday. But Trump’s top pick for the post, Robert Harward, a retired vice admiral, backed out of the job over family concerns and the president’s refusal to provide him control over staffing decisions. Aides said afterward that Trump is broadening his search for the post.

Trump fired Flynn on Monday amid revelations that he had misled Vice President Mike Pence on the nature of his contacts with the Russian Ambassador to the U.S. Flynn was also the subject of internal concern over reports of discontent and dysfunction within the National Security Council during his brief tenure.

Former CIA director David Petraeus, who was identified by White House aides as a finalist for the post almost immediately after Flynn’s exit, is no longer under consideration, Spicer said. That confirmation comes after Petraeus spoke out against the White House’s efforts to limit the authority of the national security advisor Friday at the Munich Security Conference.

“Whoever it is that would agree to take that position certainly should do so with some very, very significant assurances that he or she would have authorities over the personnel of the organization, that there would be a commitment to a disciplined process and procedures,” Petraeus said.

Speaking to reporters Saturday on Air Force One, Trump said he has a favorite for the job, adding he’ll make a decision in a “couple of days.” “I’ve been thinking about someone for the last three or four days, we’ll see what happens,” Trump said. “I’m meeting with that person. They’re all good, they’re all great people.”

Correction: The original version of this story misstated the rank of West Point superintendent Robert Caslen. He is a Lieutenant General, not a Lieutenant Colonel. 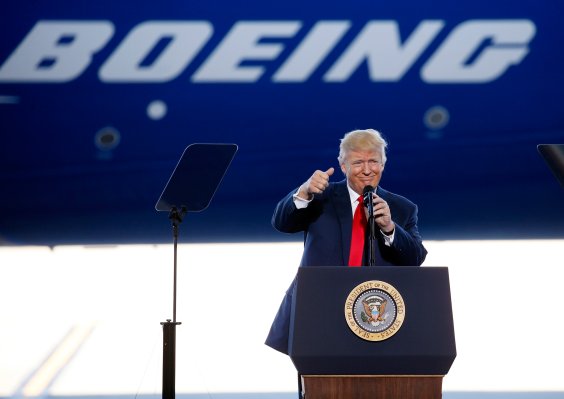