President Trump discussed his relations with Russia, the first weeks of his Administration, his thoughts on the media and a number of other topics in a wide-ranging press conference Thursday.

Ostensibly billed as a chance to introduce his nominee for Labor Secretary, Trump mostly talked about other subjects before taking questions from a number of reporters.

Here’s a complete transcript of his remarks.

Read More: President Trump Said His Win Was the ‘Biggest Since Reagan.’ It Wasn’t

Read More: The Facts Behind President Trump’s Statistic on Judges Who Ruled Against Him

Read More: President Trump Asked a Black Reporter to Set Up a Meeting With Black Lawmakers 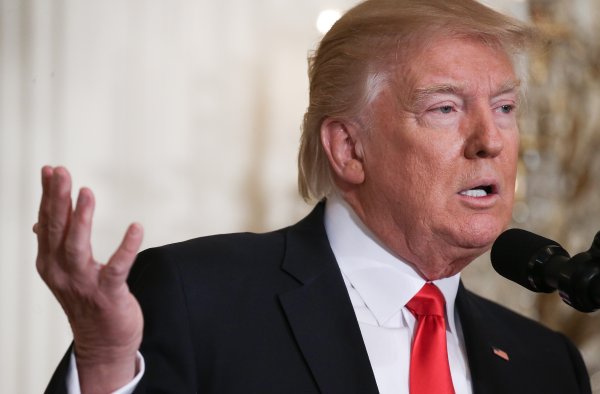 President Trump Said His Win Was the 'Biggest Since Reagan.' It Wasn't
Next Up: Editor's Pick