Even before his inauguration in January, President Trump faced sustained criticism from predictable quarters, including celebrities like Meryl Streep, commentariat on both the left and the right, groups of protesters around the world and the news media.

Yet in a turn fittingly strange for our times, the most stinging critique of the new Administration has come from NBC’s Saturday Night Live. The show is in its 42nd season, and its sketch format may as well be prehistoric. But its Trump skewering has been captivating, depicting the President (Alec Baldwin) as a buffoon seeking to litigate his Executive Order on immigration on The People’s Court, counselor Kellyanne Conway (Kate McKinnon) as a crazed monster desperate to get on the news and press secretary Sean “Spicey” Spicer (Melissa McCarthy) as thuggishly incompetent. This is vaudeville comedy for a vaudeville presidency.

And it’s allowed the show to break through in a way that few other modes of critiquing Trump have. The Feb. 11 episode hosted by Baldwin was SNL‘s most-watched episode in six years. Among the key demographic of 18-to-49-year-olds, it scored higher ratings than any prime-time programming that week. More than that, it has helped crystallize the public images of various players in Trump’s Administration, so much so that begging to appear as a Cabinet member or adviser has become de rigueur for celebrities.

Comedy responds to its time not only in subject matter but in format too. Barack Obama’s low-drama, just-the-facts presidency coincided with the late-night ascendancy of the puffily fun-loving Jimmy Fallon. During the George W. Bush presidency, Jon Stewart’s ironic presentation of carefully sourced information on The Daily Show countered the Administration’s shaky arguments for war. Because Trump’s appeal is largely removed from the world of logic and because he’s moved so rapidly since Jan. 20, that won’t work anymore. SNL is compelling right now because it is using the tools the President himself favors: caricature, irreverence, hyperbole.

For those outraged by its spin on Spicer or Conway, Saturday Night Live is harder to dismiss than a consistent liberal critic like TBS’s Samantha Bee or John Oliver on HBO. SNL, like all of us, is trying to keep up with and make sense of the news. The show is about personality, not policy. “The mission of the show is to be funny, relevant, and be a big part of the national conversation. That doesn’t mean the show is trying to take down Trump,” says James Andrew Miller, co-author of Live From New York, an expansive oral history of the series. SNL doesn’t have a call to action so much as it just wants you to keep watching.

It’s sketch comedy, not op-ed. But it strikes close to home, offering viewers catharsis, because it opens up ways to understand figures in the news. The oddity and extremity of SNL‘s characterizations–when was the last time a White House press secretary was a continued source of mirth?–take their inspiration from how unlike their predecessors Trump and his advisers are. McCarthy’s Spicer impression, says Miller, can exist only “because this Administration gave her and the SNL writers the runway to do it.”

Then there’s the President himself, who has long presented himself as an untouchable celebrity in order to bulldoze over critiques of his ideas, outrages and hypocrisies. To criticize his policies is to miss that many Americans voted for him precisely to put a disrupter in the White House. But cutting him down, using the format he pays attention to and cares about most, hurts his legitimacy. His image is his greatest asset, and SNL is capable of redefining it weekly.

Saturday Night Live, which has waxed and waned over the decades, may wane again. Its most recent episode introduced a second and third Trump caricature (Leslie Jones and Vanessa Bayer), signaling how far it will have to go to stay relevant. But in this moment, SNL combines star power, stagecraft, live-wire spectacle and a willingness to offend. Those are weapons in the President’s arsenal too. He’s tweeted that the show is “biased,” “unwatchable” and “always a complete hit job.” In other words, it’s a hit. 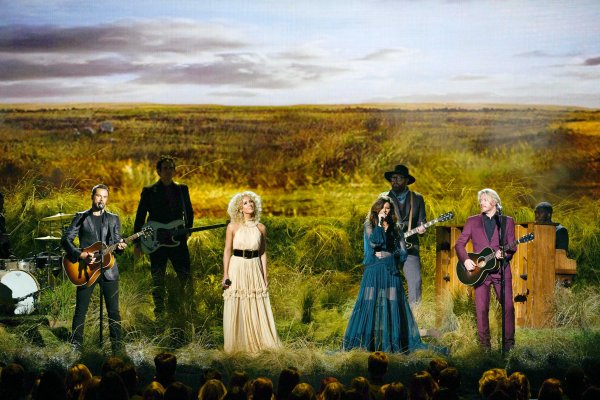