A 'Warning' From George Washington on His Birthday

Remaining relevant on what would have been your 285th birthday is quite a feat, but when it comes to George Washington — whose birthday is recognized as having taken place on Feb. 22 — it’s not totally surprising. After all, his birthday is one of only two to be recognized in the U.S. as a federal holiday.

But the importance of George Washington goes way beyond an excuse for a day off work, argues John Avlon in his new book, Washington’s Farewell: The Founding Father’s Warning to Future Generations. Avlon concentrates on the famous message that the first President provided to the American people upon leaving office, from the context in which it was written to its tenure as one of American history’s best known documents, and from its distortion in public memory to its recent resurrection as a Hamilton song.

Here, Avlon — who describes seeing original copies of the document as “magic stuff” — talks to TIME about why Washington is still worth celebrating.

TIME: How did you first become interested in George Washington’s farewell?

AVLON: At a time when George Washington has been used as a political football, I was fascinated to find quotes in the farewell address in which Washington really warned against hyper-partisanship. I found that somewhere between refreshing and revelatory. I just became fascinated with how this largely forgotten document seemed so relevant. And of course that was before I saw Hamilton.

What was the most surprising thing you learned during your research?

The whole thing is extraordinary. It’s a memo from the first founding father to future generations. It contains all the hard-won wisdom from his lifetime and the understanding of human history to that point. But what was specifically fascinating that I couldn’t have anticipated was that, when he writes about the dangers of foreign wars, there’s a natural tendency [among modern readers] to think about wars like Iraq, wars of choice, but the specific warning was about the danger of foreign powers trying to interfere with domestic policy. That was a play that was used against the Ancient Greeks. It was used during Washington’s time by the French. Vladimir Putin didn’t make up that playbook by himself.

Do you mean that, as our own context evolves, different parts of the address jump out as important?

Exactly. Lyndon Johnson loved quoting it on the importance of education. Ronald Reagan loved to quote it on religion. It has different meanings at different times.

One other thing that was surprising and fascinating was that we always think of Washington up on this pedestal, and to me that does a disservice to the founding fathers. It makes their wisdom less accessible. But he was so viciously attacked by the partisan press of his time and deeply wounded by it. And when you really dig into how parties were created — Washington was independent — and the role that partisan papers play in giving birth to the two-party system, that’s a reminder that politics ain’t beanbag. It’s fascinating that he chose to publish the address in an independent-minded newspaper rather than a partisan paper that was maybe sympathetic to his own administration. I think that’s a warning.

A warning about what?

About the importance of independent journalism. A partisan press doesn’t reflect our best qualities and isn’t in our national interest.

You note that there’s some concern during his presidency that the way people celebrated his birthday was a little monarchical for some tastes.

Washington’s birthday used to be called America’s civic Christmas. The Farewell Address was often part of the celebration, until it was eclipsed by the Gettysburg Address. It helps that that’s easier to memorize. But that riff on Washington always seemed misplaced. It reflected real anxieties at the time. People would project that [fear] — Is he going to become a new king? — but that was because they had seen revolutions fail in that way before. It was Washington’s character that allowed him to make that final revolutionary move of walking away from power, and that’s the true source of his greatness.

When I think of the Farewell Address, the first thing that springs to mind is the warning against foreign entanglements, which as you note in the book is a really common misconception about a phrase that doesn’t even appear in the document. Why do so many people have this misplaced idea?

Is it still relevant, despite the fact that our role in the world has changed so much?

Yes, it’s a common but willful misreading to say that [Washington’s warning] is about isolationism. He wants us to avoid overextension in politics, in finance and in foreign policy. And those are lessons we would do well to remember. We need to draw on history more and we need a new generation of Washingtonians, who believe in the strength and wisdom of moderation and trying to remind folks that there’s more that unites us than divides us. As Washington said, by birth or choice, the name of “American” is what unites us. 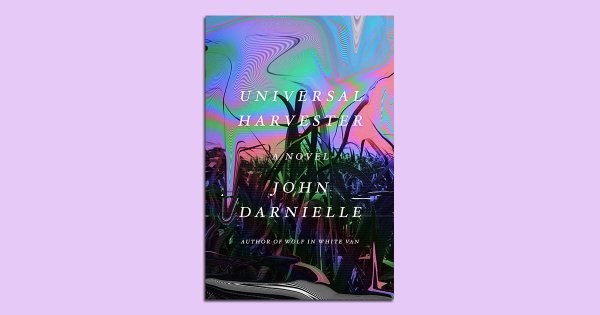 John Darnielle Talks His Horror Novel and What's Next for the Mountain Goats
Next Up: Editor's Pick