How the Endangered Species Act Helps Save Humans, Too

As some Republican members of Congress seek to roll back the Endangered Species Act, conservation groups have taken to familiar arguments about protecting wildlife.

But there’s one species that is often overlooked in that defense: Homo sapiens.

As it turns out, biodiversity protects against climate change and helps ensure a stable food supply. And those both have economic benefits that in some cases dwarf the value of developing land.

“There are other reasons to conserve things beyond just dollars,” says Brad Cardinale, a professor at the University of Michigan who studies biodiversity. “But there are many examples where conservation would have a huge economic valuation.”

Scientists say that while the Endangered Species Act focuses on individual species, it actually helps protect ecosystems that support those species. In turn, those can help keep air and water that people depend on clean, while also lowering costs on things like asthma caused by pollution.

Perhaps the greatest economic value of ecosystems is the role they play as greenhouse gas sinks that absorb climate change-causing pollutants like carbon dioxide. Cutting down forests currently represents more than 10% of greenhouse gas emissions, according to a report from the Intergovernmental Panel on Climate Change. But restoring forests would allow them to absorb up nearly a third of global carbon emissions. Of course, plants do the actual absorbing of gases, but animals, including those protected under the Endangered Species Act, play a key role in keeping ecosystems intact.

Many insect species also play a key role as pollinators that support the food supply. Bees, for instance, pollinate more than 90 commercial crops in the U.S. including nuts, fruits and vegetables, according to an Obama-era White House report. The U.S. Fish and Wildlife Service listed the rusty patched bumblebee, which has lost 90% of its range in the last two decades, as an endangered species in January, but suspended that designation later in the month following instructions from the Trump Administration.

“A lot of people don’t associate species and species diversity with food because they go to the grocery store to buy their food,” says Cardinale. “But there were actually hundreds of species involved.”

A group of Republicans who now control both houses of Congress and the White House have pushed for the most significant reform to the law since the measure was adopted in 1973. The measure received wide bipartisan support at the time with only four members of Congress voting against it. Today, Republicans argue that the measure has failed at protecting endangered species—pointing to the fact that the vast majority of species listed as endangered have not been delisted—while also burdening landowners.

Reform proposals remain in early stages, but they could include provisions that make adding a species to the list more difficult and requiring the involvement of affected states, according to an Associated Press report. In his testimony, Barasso said he hoped that the reform could be a bipartisan effort aimed at making the measure stronger. But conservation and environment groups aren’t buying it. 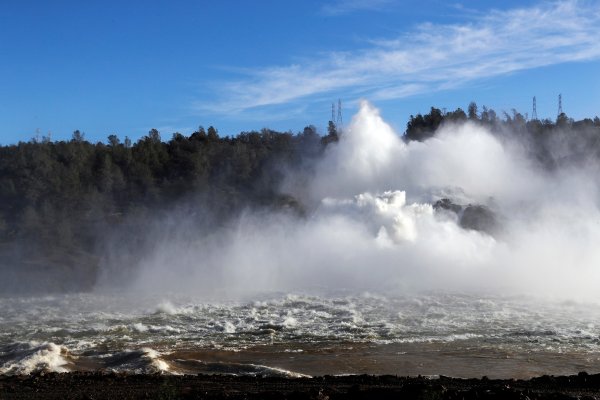