Just over 13 hours after the first major shakeup in the Trump White House, Spicer sought to clarify the nature of Flynn’s departure after a senior Administration official suggested to reporters that Trump was inclined to keep Flynn in the position.

Speaking in the White House press briefing room, Spicer said that Trump and others in the Administration had lost faith in Flynn after he misled Vice President Mike Pence on whether he had discussed Russian sanctions with the Russian Ambassador to the U.S. Spicer said the decision to fire Flynn was “not based on a legal issue, but based on a trust issue.”

Spicer also confirmed that the Department of Justice notified White House Counsel Don McGahn on Jan. 26 about discrepancies between Flynn’s public comments about his calls with the ambassador and U.S. intercepts. Spicer said Trump and senior aides were briefed by McGahn immediate after the notification, and that Trump immediately directed an investigation into his top national security aide. That investigation included an “exhaustive and extensive questioning of Gen. Flynn” which was concluded in several days.

Spicer added that Trump instinctively believed Flynn had not broken any laws because speaking with foreign leaders was among his job responsibilities. McGahn and is office, Spicer said, quickly determined that Flynn’s actions were not illegal, but raised questions about his trustworthiness.

“It was an evolving and eroding process,” said of determining Flynn’s trustworthiness in the White House. Spicer suggested that other issues also led to Flynn’s ouster, “It was this and a series of issues,” he told reporters. Flynn was blamed inside the White House for failing to adequately brief the President on the reorganization of the National Security Council, and had been criticized for his management of the NSC.

Spicer said Trump was “absolutely not” involved in Flynn’s decision to bring up sanctions with the ambassador but added that Trump “had no problem” with it. 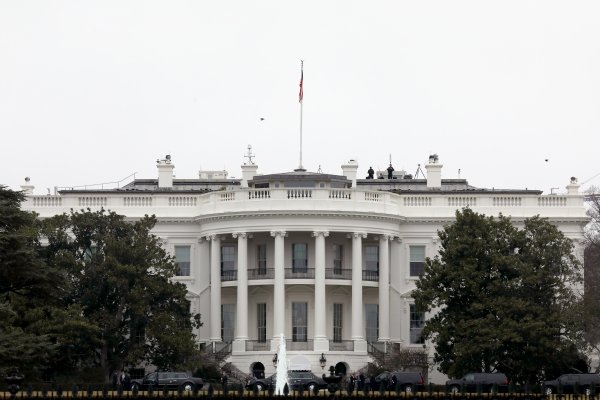 White House to Reopen for Public Tours on March 7
Next Up: Editor's Pick