You Asked: Should I Cook With Algae Oil?

You’ve heard by now that fat is back in a big way. Experts say national dietary guidelines that aimed to reduce the amount of fat in our diets did more harm than good, and that a diet with the right fats can be extremely healthy. Figuring out what the right fats are can be tricky. But the latest research suggests that monounsaturated fatty acids, or MUFAs, are one type linked with reduced rates of disease and mortality.

The makers of algae cooking oil—especially a widely available product called Thrive Culinary Algae Oil— are hoping this new focus on so-called “good fats” will send health-conscious eaters their way. That’s because, based on its fat composition, Thrive is impressive.

Algae oil is exactly what it sounds like: an oil extracted from algae. It looks and feels similar to canola oil, vegetable oil and other common cooking oils. The difference is in its fat.

Compared to olive oil, Thrive algae oil contains a higher percentage of MUFAs and a lower percentage of saturated fat, says Peter Jones, director of the Richardson Centre for Functional Foods and Nutraceuticals at the University of Manitoba in Canada.

Jones is a paid scientific advisor for TerraVia, the company that makes Thrive. But other experts say his statements about algae oil’s fat profile don’t raise eyebrows. “I don’t doubt [TerraVia’s] measurements of MUFA and saturated fat content, because those are fairly straightforward,” says Liz Specht, senior scientist at the Good Food Institute.

“We have never tested this oil, so I cannot say whether these fat measurements are correct, but it is quite likely,” says Peer Schenk, a professor of food sciences and head of the Algae Biotechnology Laboratory at the University of Queensland in Australia. Schenk says his team spoke with people at TerraVia a few months ago, and came away impressed at the company’s ability to modify and customize its algae oil’s fatty acid profile.

There are hundreds of strains of algae, which can be crossbred and otherwise genetically modified in ways that shift the organism’s nutrient profile. That’s how algae oil is produced; TerraVia developed algae with desirable fat characteristics, and now cultivates its algae in massive stainless steel tanks. The algae are then pressed to extract the oil.

If this talk about crossbreeding and genetic modification makes you leery, it’s important to note that most of the worry wrapped up with genetically modified organisms (GMOs) has to do with agricultural crops that have been bred to withstand pesticides, and the health effects of eating insecticide-soaked produce. Since algae is grown in a sterile tank, most of these GMO-related fears don’t come into play.

The makers of Thrive also boast about the oil’s high “smoke point.” This quality, they say, makes the oil ideal for cooking.

“Smoke point comes from free fatty acids, which evaporate before other oil components as it heats,” says Tom Brenna, a nutrition researcher and professor of chemistry at the University of Texas’s Dell Medical School. Those evaporating fatty acids form “soot particles”—or smoke—at lower temperatures than the bulk of the oil, he says. By removing an oil’s free fatty acids and other organic components—a process known as “refining”—you can increase its smoke point. Brenna says the refining process also removes flavor compounds. (Indeed, Thrive makes a point of highlighting its oil’s mild, inoffensive taste.)

Olive oil, on the other hand, has a relatively low smoke point and a distinct flavor. But experts say olive oil’s quick-to-smoke, flavor-rich compounds may provide many of its numerous health benefits. Along with its MUFAs, “extra virgin olive oil has the additional benefit of potent antioxidants and other phytochemicals that may reduce chronic inflammation and lower heart disease risk,” says Dr. David Ludwig, a professor of nutrition at Harvard University’s School of Public Health.

Other nutrition researchers say we shouldn’t get too caught up in talk about MUFAs and specific food molecules because, in most cases, it’s the combination of inherent nutrients and compounds that determines a food’s health properties. Even the science on saturated fat is shifting, with some new research suggesting some forms of it are benign or even beneficial. So while experts feel confident pointing to some foods, like olive oil, and saying there’s good evidence to suggest the stuff is healthy, they’re less sure when asked to explain exactly why olive oil is so good.

All this makes it tough to nail down, from a health standpoint, exactly how an algae oil like stacks up to olive oil. “We’ll need to await more research to determine whether this particular product has special benefits,” Ludwig says.

For now, you’re probably best off sticking with your olive oil for dressings and dips. But if you’re searching for a new high-heat cooking oil—something for stir-frying or baking that has a mild flavor, a healthy fat profile and a high smoke point—algae oil looks like an attractive alternative to lower-cost canola, corn or soybean oils. 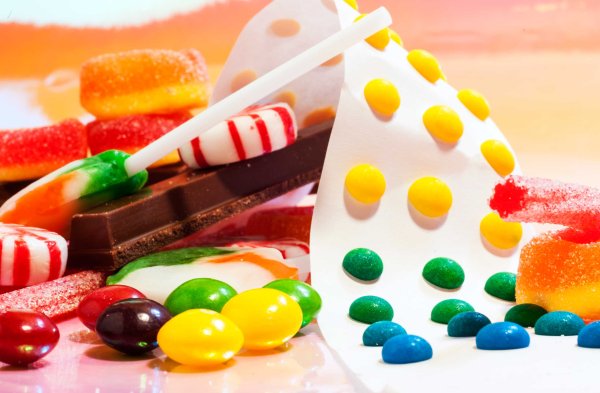 The 10 Worst Foods For Your Heart
Next Up: Editor's Pick