For months, the most prominent critic of Philippine President Rodrigo Duterte’s so-called “war on drugs” has been Senator Leila de Lima, a former Secretary of Justice who has used her political platform to denounce the epidemic of extrajudicial murders that have left more than 6,000 dead in the ostensible name of eradicating drug use. Because of this, she is now bracing herself for arrest — the latest apparent move by Duterte to silence his critics.

She was charged in October with, ironically, drug trafficking, on grounds that she enabled the drug trade inside a metropolitan Manila prison under a kickback scheme during her time as Secretary of Justice. The litany of charges could earn her 20 years in prison.

De Lima has fiercely denied the allegations, describing them to TIME in December as “a total lie” fabricated to discredit and silence her. However, her office said on Tuesday that she is “prepared to be arrested” and has “rejected any offer of political asylum.”

“We were expecting her arrest yesterday,” de Lima’s spokesperson, Ferdie J. Maglalang, told TIME on Tuesday. “But you know, it is just a matter of days, as this administration is hell-bent on putting her in jail on trumped-up charges.”

“She prefers to fight it off here in the country as she maintains her innocence,” he continued.

Since taking her seat in the Senate last July, de Lima has sat in the eye of a storm of controversy. A former election lawyer, she ran for office to continue the human-rights campaign she commenced while helming the Department of Justice, and her timing could not have been better. In May, Rodrigo Duterte, who had served for years as the mayor of the southern city of Davao, won the presidential election in a landslide. In Davao he was known as “the Punisher” — the vigilante mayor who cleaned up the city through an unorthodox campaign of aggression, intimidation and the killing of suspected drug users. This image comprised his campaign platform: he promised to kill “100,000” criminals if he took the nation’s highest office.

He has kept to his word. Since he took office in June, more than 6,000 suspected drug users and pushers have been murdered in a national campaign of extrajudicial murder, according to reliable estimates by local media. De Lima was swift to challenge him in the halls of the legislature, demanding a Senate inquiry into the killings within her first two weeks as a Senator.

The famously thin-skinned Duterte retaliated. In August, he publicly claimed that while serving as Secretary of Justice, a seat she held from 2010 until 2016, she willfully allowed the drug trade to continue at New Bilibud Prison in metropolitan Manila in exchange for campaign donations from drug lords. Duterte said that de Lima’s driver and bodyguard, Ronnie Dayan, facilitated the deals, and was also her lover.

De Lima has been frank about her romantic involvement with Dayan, who has since testified against her, but has fought against the allegations of criminal conduct. Four different cases have been brought against her; she has filed a petition with the Court of Appeals to restrain judicial proceedings therein. Senate president Pro Tempore Franklin Drilon said on Monday that he would not allow her to be arrested inside the legislature, the Philippine Daily Inquirer reported, noting that “the sanctity of the session hall must be respected.”

De Lima has anticipated her arrest — or worse — for months. “The idea of being locked in jail is not far-fetched, especially since the President himself has repeatedly said it,” she told TIME in December.

Nevertheless, her arrest would mark one more turning point in Duterte’s consolidation of power since he took office, which has alarmed human-rights officials around the world. He has in the past alluded to the possibility of enacting martial law, invoking memories of President Ferdinand Marcos, the despotic kleptocrat who ruled the Philippines from 1965 until his ousting by popular coup in 1986.

Interestingly, the outrage has been loudest beyond the Philippines’ borders. Duterte remains massively popular at home — he holds an 83% approval rating as of last month — where many see his unorthodox, unremitting style of leadership as a refreshing change in a country stagnated by crony politics and social malaise. De Lima is subjected to a steady barrage of hate on websites like Facebook; even some of her supporters — or rather, Duterte’s opponents — say they do not necessarily believe she is utterly innocent. “It’s the Philippines,” one local journalist told TIME in December. 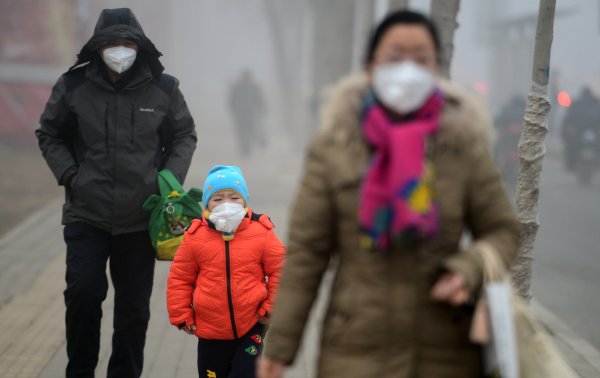