Chance the Rapper Was Basically Everyone's Best Friend at the Grammys

Sunday night’s 59th annual Grammy Awards were a big night for Chance the Rapper. The 23-year-old Chicago artist took home his first ever Grammys (three of them, to be exact) for his much-acclaimed Coloring Book, one of the first streaming-only works to be considered by the Recording Academy. He also gave an electrifying, uplifting performance during the show.

However it looks like the awards ceremony wasn’t the only place that Chance was getting showered with accolades. Both on and off the red carpet, Chance was the man of the hour, socializing with everyone from the ultimate power couple, Jay Z and Beyonce, to pop princess Katy Perry. See why Chance was the most popular person at the Grammys below.

Chance, a noted fan of Beyoncé, had some quality time with Queen Bey.

Chance paid his respects to the baddest of them all, Rihanna.

Katy Perry and Chance had a moment together on the red carpet.

Real recognize real — Hov and Chance chopped it up during the ceremony.

Chance got a hug from J. Lo backstage at the ceremony.

Ed Sheeran and Chance chatted backstage at the ceremony.

James Corden took a break from his hosting duties to hang out with Chance. 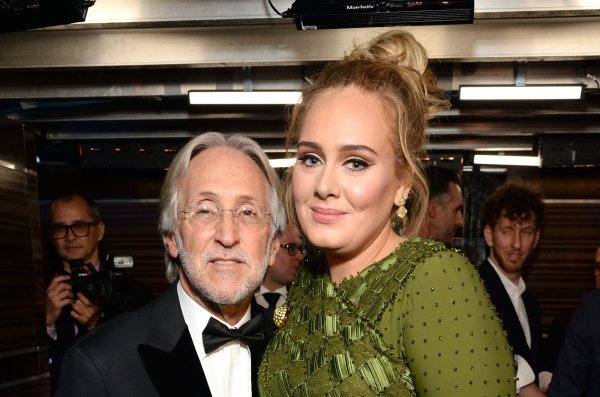 Grammys President: 'I Don't Think There's a Race Problem'
Next Up: Editor's Pick