Adele Continues to Speak Out About Beyoncé Backstage at the Grammys

Following Adele’s emotional speech about Beyoncé after she won Album of the Year at the 2017 Grammys, the singer answered questions in the press room about what it felt like to win for 25 — and continued to talk about Beyoncé.

“My album of the year is Lemonade,” she said, referring to Beyoncé’s album that was also nominated in the same category. “So part of me did die inside as a Beyoncé fan — not going to lie. I was completely rooting for her, I voted for her. I felt it was her time to win. What the f–k does she have to do to win album of the year?”

Adele revealed she has been an ardent Beyoncé fan since she was 11 years old. She even broke her award into pieces, reportedly with the intent of passing part of it to Beyoncé, although it may have all been just an accident. 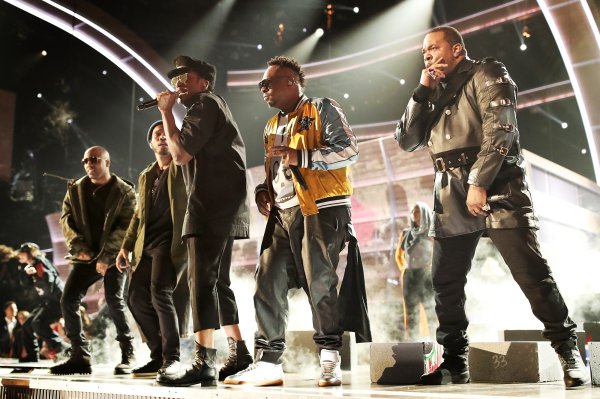 Here Are the Most Political Moments From the 2017 Grammy Awards
Next Up: Editor's Pick