Is Running Good or Bad for Your Knees?

Running has a reputation for causing wear and tear on knees over time, leading to joint pain, arthritis or other injuries. But a recent small study found that 30 minutes of running actually lowered inflammation in runners’ knee joints, leading many to question whether running really does increase a person’s risk for injuries—or if it helps prevent them.

In the report, published in the European Journal of Applied Physiology, researchers at Brigham Young University brought 15 healthy runners ages 18 to 35 into a lab where they took samples of their blood and knee joint fluid before and after they ran for 30 minutes on a treadmill. They also assessed the same samples when they were sedentary.

The researchers expected to find an increase in molecules that spur inflammation in people’s knee fluid after they ran, but they didn’t. Instead, they found that pro-inflammatory markers actually decreased after a 30-minute run. The scientists ended up only getting complete information from six of the people in the study, but they saw the same results in all of those people.

“It was surprising,” says study author Matt Seeley, an associate professor of exercise science at BYU. “We expected the molecules to increase, but it was the opposite.” Seeley stresses that the report is a pilot study, and that due to the small number of people, there’s not a lot that can be inferred from the findings. The researchers also only looked at inflammation right after people ran, rather than a week or month later. But Seeley says his team plans to do the same study in more people in the future.

“I think, and hope, the data shows that running is good for your joints,” Seeley adds. “Although the results are limited, they are also unexpected and could be important.”

Some experts not involved in the study say that while the study findings are intriguing—even given the small sample size—it’s not yet clear whether running can protect knees from injuries or arthritis. “There is data on both sides of the fence,” says Dr. Brian Feeley, an orthopedic surgeon at the University of California, San Francisco. “We know that there are some people that run all the time with no knee problems, and others that have arthritis at a relatively young age.” (Feeley was not involved in the recent study.)

For many runners, a 30-minute session is relatively short, and Feeley says the study does not necessarily suggest that long-distance running is safe. Other studies of marathon runners have found changes in cartilage that could suggest potential for injuries that can persist for months after a long race.

“Taken together, this suggests that there is probably an evolutionary advantage to allow us to run relatively short distances where our bodies protect cartilage from damage by decreasing inflammation,” says Feeley. “Long distance running may result in a situation where overwhelming the knee’s ability to decrease inflammation occurs, leading to the potential for joint degeneration.”

Both Seeley and Feeley agree that the benefits of running outweigh the risks of not running (especially if done in moderation.) Other factors, like weight or genetics, may also contribute to whether a person is more likely to get arthritis or other injuries from running. More research is needed to fully understand the risks and benefits. In the meantime, people who run can reduce their risk of knee problems through cross training and taking time to recover, as well as paying attention to any pain or swelling. 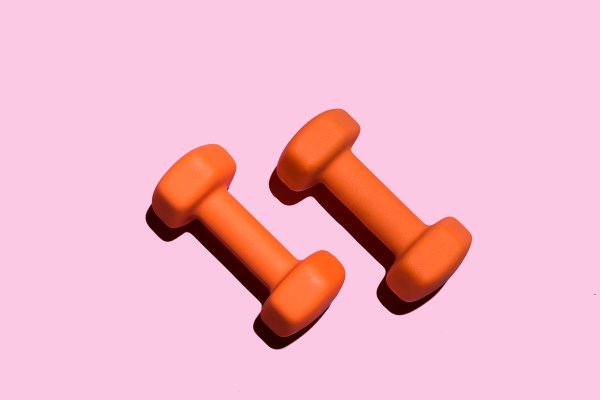 4 Quick Ways to Work Out Without Spending Money on a Gym Membership
Next Up: Editor's Pick