Two mysteries are at the heart of Hideo Yokoyama’s Six Four: the 14-year-old cold case of a young girl’s murder and the recent disappearance of protagonist Yoshinobu Mikami’s teenage daughter. Yet most of the suspense in this thriller has to do with bureaucratic maneuvering.

Mikami, 46, has spent most of his career in criminal investigations at a prefectural police headquarters, where he earned a reputation as a tough detective. But when the novel opens, he’s become press director, an administrative job he did not seek and one he finds exasperating. Between corralling unruly journalists and dealing with dissembling managers — “It’s surely easier to be assertive if you don’t know anything,” his boss advises — he yearns for the days of actually solving crimes. When the cold case known as Six Four resurfaces, Mikami begins to suspect a conspiracy within the department. At home, meanwhile, his daughter Ayumi has run away. Mikami and his wife don’t know if she is dead or alive.

Six Four makes its U.S. debut four years after it came out in Japan, where it was a literary blockbuster. The book sold more than a million copies and was adapted both for film and for TV. Part of its appeal was the way it illuminated the country’s deep tradition of hierarchy and control. This is a story about frustration at work — wanting to do what’s right vs. needing to do what’s expected.

Though it deploys common tropes of crime fiction and its lightly noir style, Six Four‘s unusual focus on the PR side of police work sets it apart and gives it unexpected heat. Yokoyama avoids simplistic moralizing, and instead offers the reader a compelling interrogation of duty.

Some of the twists along the way are less shocking than American readers might expect. But the final one pays off. 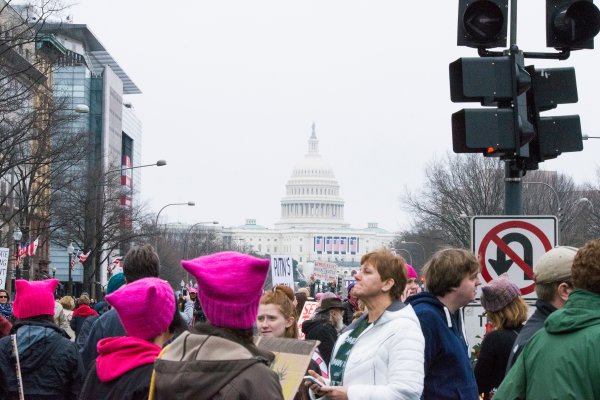 Will Millennials Start Running for Office?
Next Up: Editor's Pick