50 Years Ago This Week: The First Popularly Elected Black Senator

In a cover story, TIME reported on a major address given by Sen. Edward Brooke III, a Massachusetts Republican, before a group of Californians from his party. Brooke was the first black man ever to win popular election to the U.S. Senate and and his place within moderate conservative politics signaled “a new style and a new hope” for both his race and his party, TIME observed.

Brooke’s arrival in the Senate was an occasion for reflection of the type that modern readers might recognize from the early days of President Barack Obama’s time in the White House, when some observers wondered whether the breaking of a racial barrier meant that the U.S. had moved into a “post-racial” age.

Unlike his predecessors, the two black Senators who had been appointed during the period in which state legislators picked Senators, and unlike many other African-Americans then active in U.S. politics, Brooke was a moderate conservative who had been elected by a mostly white electorate in a race against someone whose record on civil rights was about the same as his was.

“I do not intend to be a national leader of the Negro people. I intend to do my job as a Senator from Massachusetts,” Brooke said. And yet, no matter what he wanted, he could not escape the fact that he stood out. He had become a “Capitol Hill tourist attraction,” per TIME, and the nation looked to him to see what he would do with his position. Would he continue the quiet work he had done for racial equality? Would the statements he had made in opposition to the idea of black power provoke a backlash? Would he help his party appeal to black voters?

“The achievements of Edward William Brooke will be as much a standard of a whole society’s progress as they will be the measure of an individual who happens to be a Negro,” TIME declared.

It is abundantly clear today that having elected Obama to the White House does not mean that the effects of race on American society have been erased — and knowing that those same conversations have been had for a half-century may make the idea seem even more far-fetched.

Yemen in turmoil: Years of fighting in Yemen, between monarchists and various anti-royalists, backed in turn by Saudi Arabia and Egypt, seemed to have spiraled into even greater conflict between nearby nations.

Sinatra and Humphrey: With his support for the War in Vietnam making him an odd man out in Hollywood, TIME reported that Frank Sinatra had turned to an assistant to Vice President Hubert Humphrey for coaching on how to answer his friends’ criticism of the war effort.

A glass ceiling breaks: With 11 women in the House of Representatives, it was becoming clear that some of Congress’ old rituals would no longer work. Case in point: the House gym and swimming pool, from which women were banned except at odd and inconvenient hours. (The reason: Congressmen had a tendency to walk around the locker room in the buff.) Thanks to Rep. Patsy Mink, Rep. Catherine May and Rep. Charlotte Reid, the gym director switched things up so that the women could use the facilities more frequently.

Crime and punishment: The legal news of the week included the revelation that in 1966 the U.S. had hit an all-time low in executions, with only one use of capital punishment all year. “The death penalty is a symbol of a dying order of vengeance,” said Sen. Philip A. Hart, who had sponsored a bill to end the use of executions for federal crimes. He was sort of right: in 1967—and for an entire decade—there would be not a single execution in the U.S, but the form of punishment returned in the 1970s. In 2016, when capital punishment hit a new record low for that period, the number of executions was 20.

Opioid epidemic: The medicine section included a report on an ongoing opioid epidemic in Britain, the causes of which might be of interest to those following today’s epidemic in the United States. What had happened, experts surmised, was that a much-vaunted program to treat narcotics as a health issue rather than a criminal issue — with drugs provided cheaply, “even to known addicts,” by the National Health Service — had backfired. Though the black market had at first disappeared, addicts soon made the move from prescribed opioids to illicit heroin.

Obituary: The death of Leon Leonwood Bean, 94 — yes, that L.L. Bean — was cause to revisit the story of how he invented the company’s signature shoe, along with many other innovations.

Great vintage ad: Here’s an ad for a machine corporation that plays up the company’s role in the Apollo program. So Space Race!

Coming up next week: The CIA 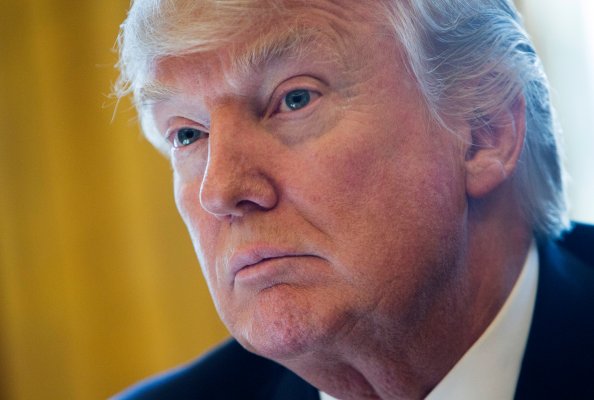