Senate to decide on Betsy DeVos

The full Senate is slated to vote on whether to confirm billionaire philanthropist Betsy DeVos as the next Education Secretary. Last night, Democratic senators, who believe President Donald Trump’s nominee is unqualified for the post, took turns voicing their opposition to DeVos on the Senate floor to try to sway one more Republican senator to join the “no” votes and nix her confirmation.

Trump said he would allow people into the U.S. who “love us and want to love our country and will end up loving our country” in remarks he made yesterday to the troops while visiting the MacDill Air Force Base. Trump vowed to keep out people who “want to destroy us and destroy our country.” He also claimed without evidence that the media “doesn’t want to report” on terrorist attacks in the U.S. and Europe. His immigration ban heads to court today, with arguments before San Francisco’s 9th U.S. Circuit Court of Appeals.

More girls live in poverty today than in 2007

Christie Brinkley announced she will be featured in the upcoming Sports Illustrated Swimsuit edition with her two young daughters. The 63-year-old model, who appeared on three consecutive covers of the magazine’s anticipated swimsuit issue in the early 1980s, said the latest edition sends a “powerful message” that “we do not come with an expiration date.”

More than 111 million people tuned in to Fox to watch Sunday’s historic Super Bowl, making it the fourth-most-watched television broadcast in American history.

White House Press Secretary Sean Spicer said actress Melissa McCarthy, who portrayed him on Saturday Night Live over the weekend, could “dial it back” a bit on her impression.

A beloved fish at a Chicago zoo, named Granddad, was euthanized due to old age. He was more than 90 years old.

A large meteor soared across the Midwest sky yesterday, and it was captured on video.

Krispy Kreme is giving away a free doughnut all month to anyone who tries its new coffee blends. 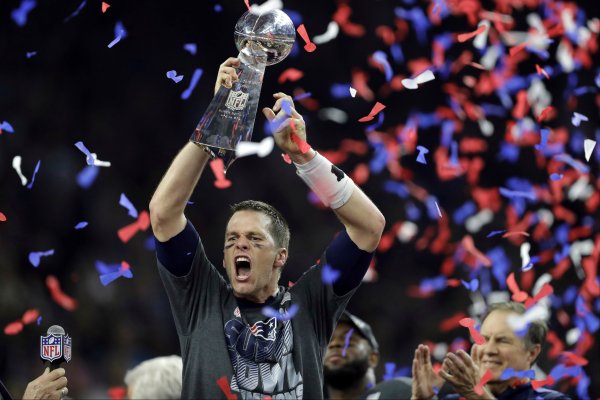