Continuing her now frequent practice of criticizing President Donald Trump on Twitter, J.K. Rowling didn’t hesitate to share her thoughts on the President’s most recent tweet spree, much to the delight of fellow English celebrity, comedian Ricky Gervais.

Responding to a Monday morning tweet in which Trump said that any polls showing Americans were not in favor of his travel ban for seven majority-Muslim countries were “fake news,” the Harry Potter author wrote, “Can you imagine the number of mirrors this man must have smashed?”

The quip prompted a quick reaction from Gervais, who apparently enjoyed her joke. “Hahaha,” the former David Brent: Life on the Roadstar replied shortly after delivering his own one-liner: “Any tweets that don’t agree with my tweets are FAKE NEWS!” 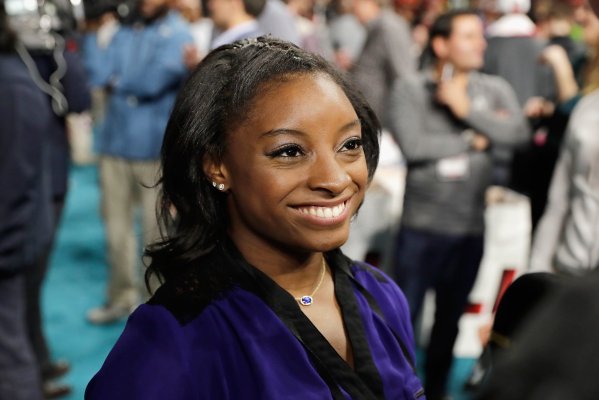 This Photo of Simone Biles and Shaq Proves Size Is Relative
Next Up: Editor's Pick