Right around the time the tide was beginning to turn for the Patriots in Super Bowl LI Sunday night, New England superfan Mark Wahlberg was spotted leaving the game.

The Patriots Day star — who was with his wife and two sons — was filmed exiting NRG stadium near the beginning of the fourth quarter, meaning he missed out on seeing his team execute the greatest comeback in Super Bowl history to defeat the Atlanta Falcons 34-28 in overtime.

Wahlberg later took to Instagram to explain his early departure. “I had to leave the game early because my youngest son wasn’t feeling well,” he captioned a photo of his family on the field before kickoff. “Trust me, I would have loved to be at the stadium — but family first. Doesn’t mean I don’t love my Patriots too!” 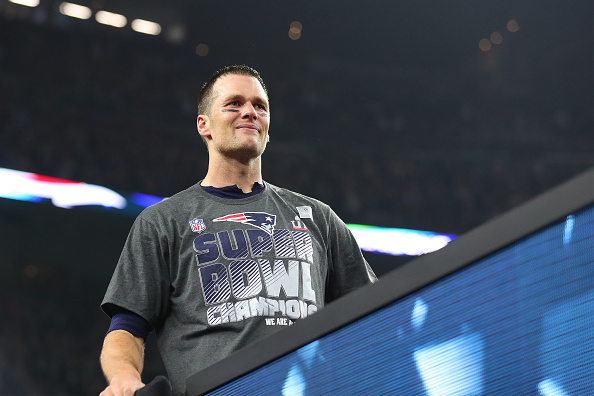 See the Moment Tom Brady Realized His Game Jersey May Have Been Stolen
Next Up: Editor's Pick