The upcoming BBC America series Planet Earth II offers audiences glimpses of some pretty remote places. One of them is Zavodovski Island, a tiny island in the Southern Ocean that is uninhabited by humans but home to an abundance of chinstrap penguins. So many, in fact, that they constitute one of the largest penguin colonies in the world.

As explained by Sir David Attenborough, who returns from the original series to narrate its follow-up, the island “is not only surrounded by the stormiest of seas, it is itself an active volcano. It’s the last place on earth you’d choose to live—unless you’re a chinstrap penguin.”

As seen in the exclusive clip above, adult chinstrap penguins take turns gathering food and guarding their chicks, as the survival of their young is dependent on the food they manage to bring back. In order to get the food, however, the penguins must brave the treacherous waters and 30-foot cliffs that surround the island, risking death to continue the survival of the species. Attenborough describes filming on the island as “the most intrepid shoot of the series.”

Producer Elizabeth White explained to BBC America just how intrepid it was. “The whole trip took more than a year of planning. We had to be entirely self-sufficient as there’s nobody down there to rescue you if it all goes wrong. It was the shoot I was most excited by, and absolutely the most terrified by.” 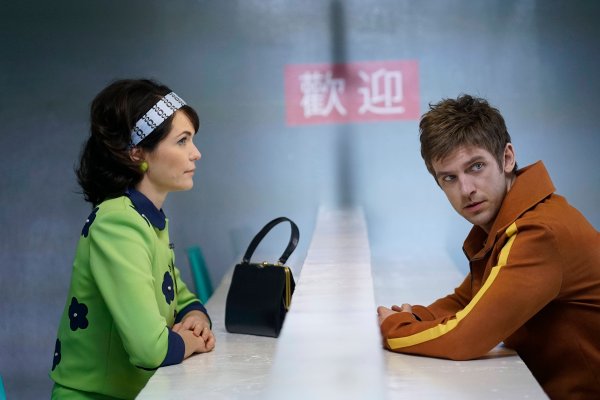 Why Legion Is Different From Other Superhero Shows
Next Up: Editor's Pick