President Donald Trump opened his remarks at the National Prayer Breakfast Thursday morning by plugging the latest incarnation of The Apprentice while taking a dig at Arnold Schwarzenegger, the show’s host.

Trump is an executive producer of The New Celebrity Apprentice, and he has repeatedly ribbed Schwarzenegger for not achieving the ratings Trump did when he hosted the show.

“The ratings went right down the tubes. It’s been a total disaster,” Trump said of The New Celebrity Apprentice at the prayer breakfast, adding with a laugh: “I want to just pray for Arnold, if we can, for those ratings.”

Schwarzenegger was quick to fire back with a short video on Twitter, offering to switch jobs with the President: “You take over TV, because you’re such an expert in ratings, and I take over your job. Then people can finally sleep comfortably again.”

Schwarzenegger spokesperson Daniel Ketchell also had his own jab about ratings Thursday morning.

“Arnold is praying that President Trump can start improving his own approval ratings, which were the worst in history for an incoming president, by taking his job seriously and working inclusively,” Ketchell told ABC News. 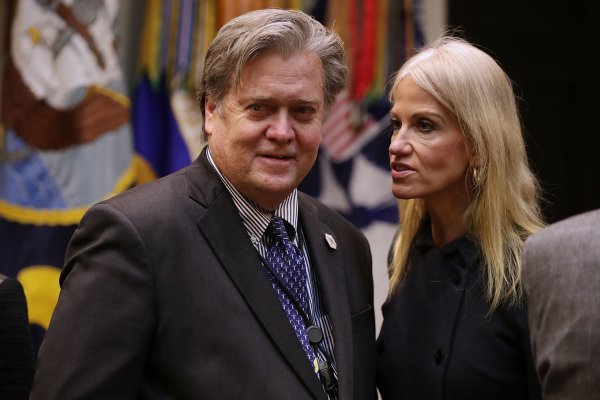