Since November, President Trump has claimed, without evidence and against the findings of political scientists, that millions of non-citizens voted illegally in the 2016 election—which he blames for costing him the popular vote against Democratic nominee Hillary Clinton.

Even though Trump’s own lawyers dismissed fraud claims in a legal filing, the President remains convinced: On Jan. 25, just five days after his inauguration, he announced an investigation into the matter.

After his repeated accusations, 25% of voters now think the unfounded claims are true, too.

A new Morning Consult/Politico survey has found that one in four voters believe there was voter fraud in the election, while 44% do not. To obtain those results, pollsters surveyed 1,991 registered voters from Jan. 26 through Jan. 28. The poll has a margin of error of plus or minus 2 percentage points, according to Politico.

Among Democrats polled, only 16% believed the voter fraud allegations, compared to the 36% of Republicans surveyed who did.

Interestingly, more of those who were surveyed believed that Trump, not former Democratic nominee Clinton, was helped by voter fraud. According to the poll, 35% of voters thought that Trump benefited most from the alleged fraud, compared to 30% who believed Clinton was helped most. 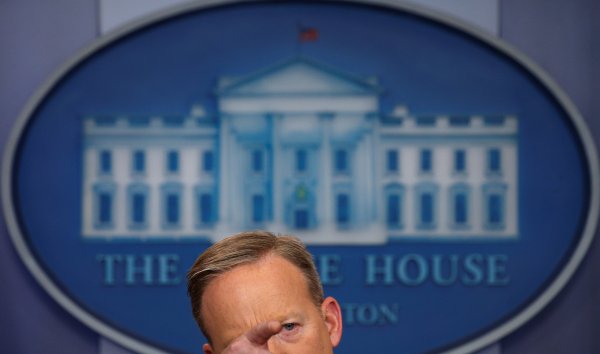