Here's When the 'Final Fantasy XII' Remaster Is Coming Out

Next December marks the 30th anniversary of one of the oldest, grandest fantasy roleplaying franchises to grace game consoles. Thus Final Fantasy publisher Square Enix is taking the year to fete its keystone IP, including a glimpse of things to come.

Read more: Here’s when this year’s biggest video games are coming out

Final Fantasy XII: The Zodiac Age will be available for PlayStation 4 on July 11, says Square Enix, giving U.S. players a chance to experience the original’s 12-job character progression system, as well as a remastered soundtrack, support for 7.1. surround sound, an autosave option and faster load times.

And then there’s this slice of art (not an in-game screen), signifying the company’s commitment to its Final Fantasy VII remake, originally announced back in June 2015. The reimagined version of the science-fantasy roleplaying epic, expected in multiple installments, is still due who knows when. But for now, gaze at this shot of the game’s lead as well as his nemesis gazing downward disquietingly, as if reflecting on how tricky the business of remaking a sacrosanct video game is.

Last up, if you’re a Final Fantasy XV fan, the company says there’s a booster pack coming on February 21 that includes new items along with an “invincible outfit.” Then on March 28, we’ll get Final Fantasy XV Episode Gladiolus, additional story content that gives you a chance to experience the game from Noctis pal and entourage stalwart Gladio’s perspective. 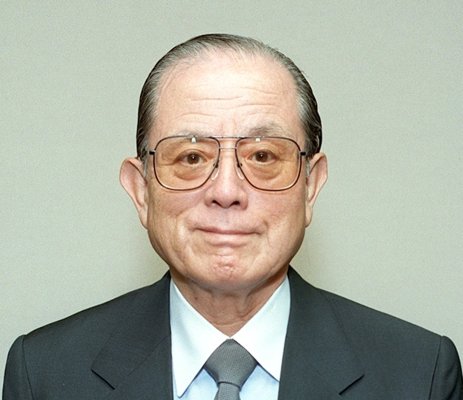 Masaya Nakamura, Father of Pac-Man, Dies at 91
Next Up: Editor's Pick