Maisie Williams Has a Message for Everyone Leaking Game of Thrones: 'Stop Ruining It'

Faye Marsay and Maisie Williams in season 6, episode 1 of Game of Thrones.
Macall B. Polay—HBO
By Megan McCluskey

In the months since Game of Thrones began filming its seventh season, rumors about the plot of its upcoming seven episodes have been running rampant. But Maisie Williams — who plays Arya Stark on the HBO drama — apparently doesn’t understand why some people can’t just wait to watch the show.

During a recent interview with Radio Times, the 19-year-old actress spoke about how frustrating it is to hear about the potential spoilers posted online. “It really, really upsets me,” she said. “Because, there’s only a certain group of people who’d look at that anyway, compared to the audience that watches the show.”

However, Williams revealed that the idea of the leaks being an inside job is what truly bothers her. “It’s even more annoying when you know [the leaks] might be from someone on the inside, and it’s just like… you’re trying to make something really cool, that is really cool, and people really like, and it’s like. ‘stop ruining it,'” she said. “It’s such a childish, annoying thing to do. And yeah, it’s sad. It really annoys me.” 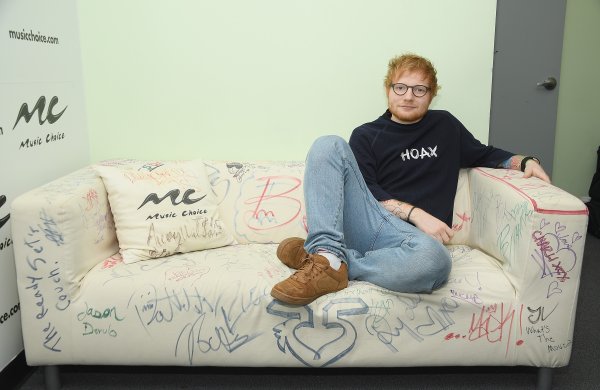 Watch Ed Sheeran Fight for Love in the "Shape of You" Video
Next Up: Editor's Pick